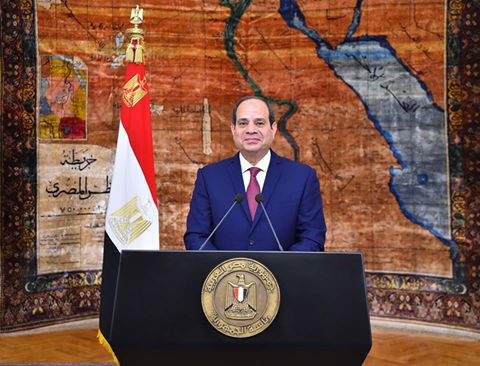 President Abdel Fattah Al-Sisi stressed the importance of strengthening the role of ministries of higher education and scientific research in the Arab region in order to maximise interaction between brilliant Arab youth and exchanging experiences.

He also highlighted the importance of using technology in serving the community, as well as catching up with artificial intelligence and maximising the benefit from this technique.

Al-Sisi pointed out to the importance of the role of the ministries of higher education to upgrade universities and the methodology of scientific research, to contribute developing society, as a cornerstone in building the modern state and to achieve sustainable development.

During the meeting, the president reviewed Egypt’s strategy in the fields of basic, higher, and technical education, to contribute to accommodating and keeping up with the returns of emerging technology on the labour market. The strategy is also purposed to support the distinguished and young scientifically superior innovators and researchers.

He further stressed that youth form the largest part of Arab societies, and thus represents a tremendous positive energy if they are better invested in. He further pointed out to the necessity of caring for the youth, employing their energies, and educating them about the challenges that the region is facing.

For his part, Egypt’s Minister of Higher Education Khaled Abdel Ghaffar reviewed the ministry’s efforts in developing the system of higher education and scientific research and cooperation with Arab academic institutions in this field. He also presented the files and issues that will be discussed by the Arab ministers in the conference this year.

Al-Sisi and the ministers exchanged visions about various Arab experiences in higher education and scientific research, in addition to challenges in this regard.