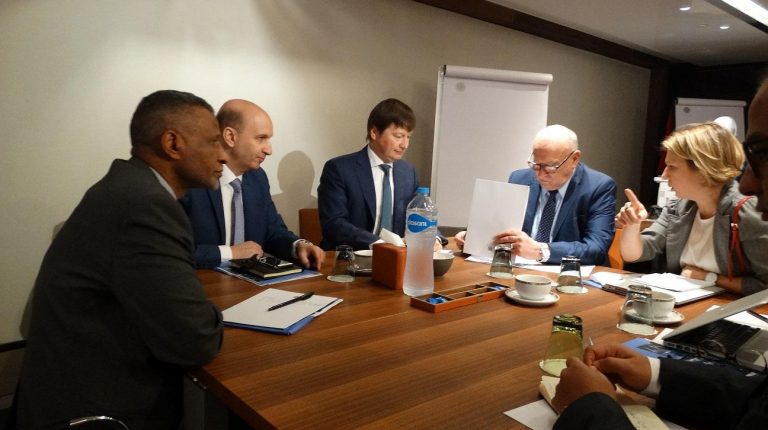 The Food and Agriculture Organization of the United Nations (FAO), in cooperation with the National Food Safety Authority (NFSA), Egyptian Organization For Standards & Quality (EOS), Codex Alimentarius, are implementing a project titled “Enhancement of Egypt’s food trade capacities through an Improved Control System”, a statement from FAO revealed on Tuesday.

The aim of the new project is to strengthen Egypt’s food control system, ensure food safety, and support the Codex Alimentarius’ capacities in Egypt, while highlighting its structure, the statement added.

“Food safety and food control are thus long-standing areas of work for FAO that has developed guidelines and manuals to strengthen national food control systems as well as approaches to support continuous improvement at the national level,” said Nasredin Hag Elamin, FAO Representative in Egypt.

Food safety in Egypt requires integration between the public and private sectors, as well as cooperation between all partners to benefit from available scientific and practical academic experiences represented in universities, research centres, and others, along with the industrial and production sector, mentioned Elamin.

The opportunity has come to join all efforts to support decision-makers to include the Codex Alimentarius within the national policies for food safety in Egypt, as this will positively affect the health and safety of consumers, and facilitate the movement of food exchange between Egypt and the world, Elamin continued.

“Egypt adopted food legislations for a long time and there are relevant bodies that have been working in this domain for a very long period of time,” Hussein Mansour, NFSA president said.

Unfortunately, Egypt has a low ranking in terms of entry and exit of food shipments at the global level, he noted, adding that there was a desire to improve Egypt’s ranking to reach a closer level to the professional countries in terms of dealing with exports and imports.

“More than 30 inspectors from the NFSA participated in a series of workshops, in order to become among the first countries trained on dealing with these procedures,” he noted.

A series of training workshops took place, starting with a workshop and a programme to develop a risk-based imported food control system for Egypt, mentioned the statement.

The second and third workshops, that were held in cooperation with EOS in Alexandria and Aswan, placed a greater emphasis on the structure and the programme of the Codex Alimentarius in Egypt in order to facilitate trade and ensure food safety.