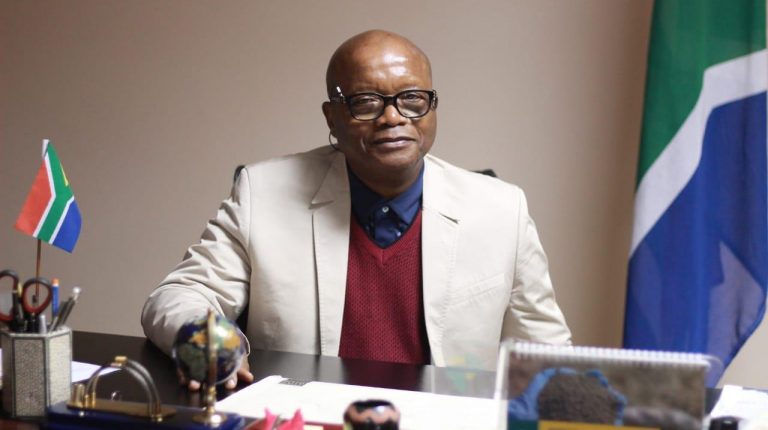 The Egyptian authorities has requested South Africa’s assistance in developing its railway systems due to its high-level of experience in the field of refurbishment of railways, South Africa’s ambassador Vusi Mavimbela told Daily News Egypt.

“President of South Africa Cyril Ramaphosa paid Egypt in December a state visit where he discussed with his Egyptian counterpart, Abdel Fattah Al-Sisi several issues including the two sides’ future cooperation in the field of railways,” Mavimbela added.

South Africa has the biggest train network in Africa, he noted, adding that that Transnet SOC Ltd is a large South African rail, port, and pipeline company that is helping several countries in  the South of Africa to refurbish trains and rail roads.

Both presidents discussed their cooperation in the field of military equipment manufacturing as South Africa has extensive experience in this as well, the ambassador mentioned, asserting that boosting trade and investment relations was one of the main topics of discussion.

Both leaders agreed to convene a joint committee in the first quarter of 2020 with the aim of boosting bilateral relations in the sectors of politics, economy, security, academia, culture, and tourism, according to a presidential statement on 10 December 2019, by President’s Spokesperson Bassam Rady.

President Al-Sisi expressed his appreciation for the historic and fraternal relationship between Egypt and South Africa, which dates back to anti-colonialism endeavours and struggles for independence, the statement added.

Additionally, the ambassador praised Egypt’s economic reforms toward opening up the economy, noting that Egypt’s cooperation with the International Monetary Fund (IMF) to implement its economic reform programme was necessary and very important to encourage foreign companies to come and invest in the Egyptian market.