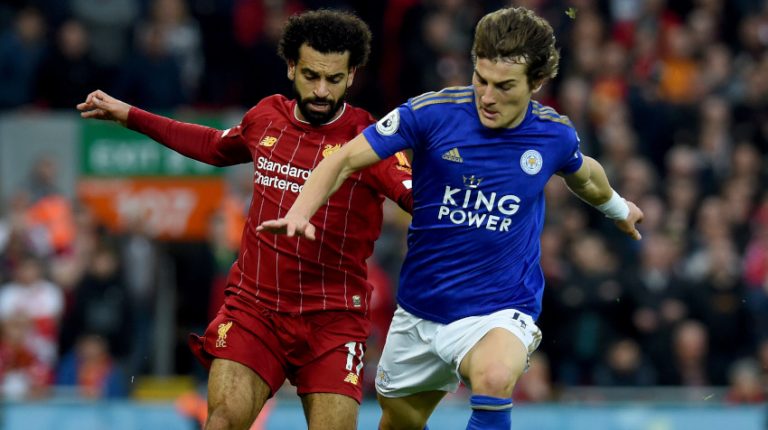 English Premier League (EPL) Gameweek 19 kicks off with a bounty of games around the festive period.

The beginning of the Boxing Day will be on Thursday at Tottenham Hotspur Stadium where the seventh-place Spurs (26 points) will host thirteen-place Brighton (20 points). Tottenham aims to compensate their 2-0 home loss to Chelsea in Gameweek 18.

The day will conclude with a super clash between second-place Leicester City (39 points) and leader Liverpool (49 points) at the King Power Stadium, with the Foxes aiming to keep their title hopes alive.

It will be the Reds’ first league match after winning the Club World Cup title with a 1-0 victory over Brazilian side Flamengo in Qatar.

In the same day. Aston Villa, for whom the Egyptian duo Ahmed Elmohamady and Mahmoud Hassan Trézéguet play, will host Norwich City at the Villa Park Stadium. In a relegation battle, eighteenth-place Aston Villa (15 points) and nineteenth-place Norwich (12 points) will fight for their spots in the prestigious competition.

Southampton will fly to London to meet fourth-place Chelsea (32 points) at Stamford Bridge. The Blues, under coach Frank Lampard, seeks to continue their distinguished run this season especially after their precious victory over Tottenham in the last round, while the Saints (18 points) have just moved three points clear of the drop zone. It may seem like a tough test, but the Blues do not have the best defensive record under Lampard and are typically better away from home.

At Goodison Park, Italian coach Carlo Ancelotti will debut his managerial mission with Everton against Burnley. Everton have 19 points, while Burnley have 24 points in the tenth place.

Suffering unbalanced performance despite appointing a new coaching staff, Arsenal will visit Bournemouth, aiming to turn things around. The Gunners have 23 points in the 11th place, while Bournemouth occupies the 14th place with 19 points.

Simultaneously, the fifth-placed Sheffield United (28 points) will host bottom of the table Watford (12 points) at the Bramall Lane. Sheffield are having an impressive start to life back in the Premier League. With half the season over, the Blades currently find themselves sat in a very impressive spot in the table.

Later Thursday, Manchester United will host Newcastle United at the Old Trafford in search of restoring their rhythm after the defeat in the last round. Manchester United are in the eighth place with 25 points, followed by Newcastle with the same amount of points.

Gameweek 19 will end on Friday with Manchester City traveling to Wolves. Pep Guardiola’s men have struggled this season in comparison to previous campaigns but have comfortably beaten Arsenal and Leicester in their last two league games.