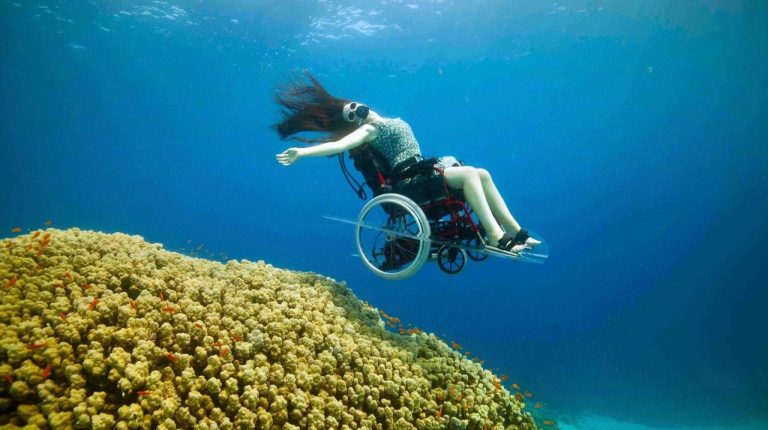 Throughout his long years as a professional certified diver in assisting people with physical disabilities, December cannot pass by without remembering veteran diver Tamer Salman’s experience that showcased the meaning of will power, dedication, and passion.

Through the British Artist Sue Austin in her “Creating the Spectacle” project in which they modified wheelchairs to move underwater using scuba diving equipment, Salman was the anonymous soldier whose work was one of the pillars of the project’s success, as the only Egyptian diver in the assisting team. 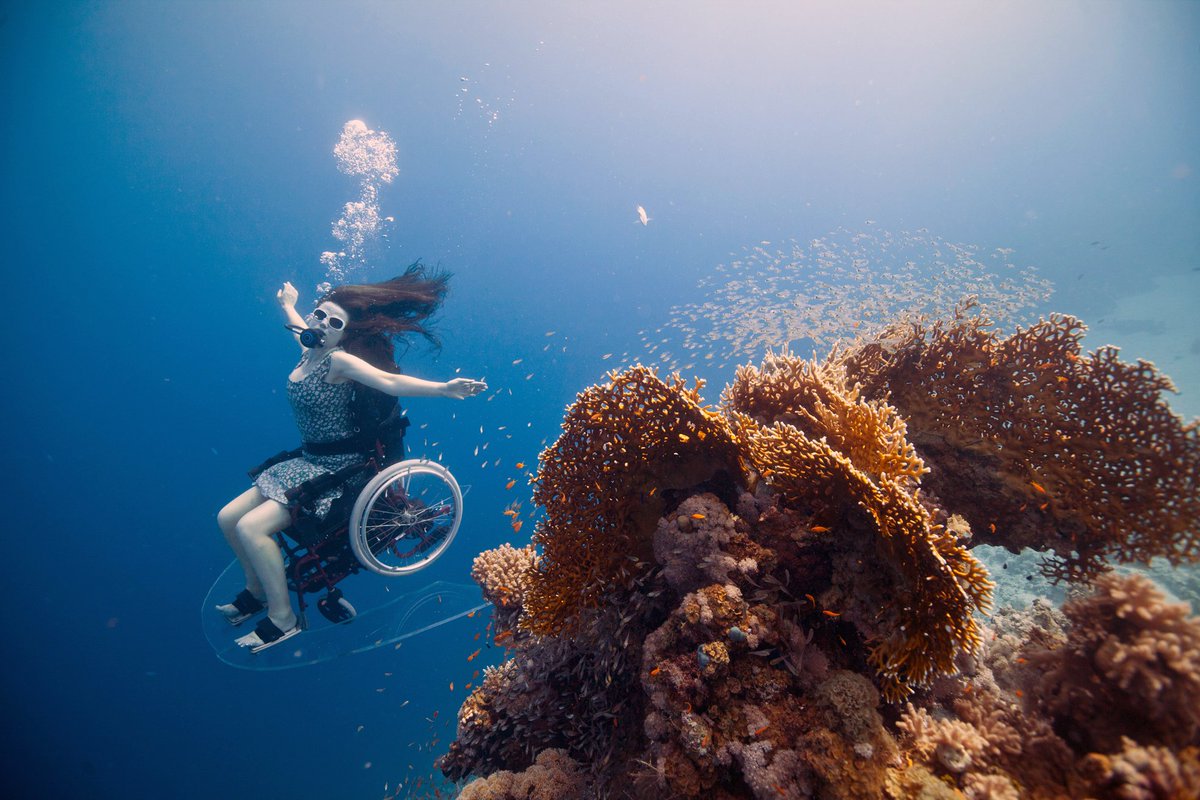 Salman, who has been working as a certified diver since 2006 in Sharm El-Sheikh, was the only supporting Egyptian diver that carried the wheelchair throughout the dive, supporting the engines throughout the strong currents of the Red Sea’s Ras Muhammad National Park.

The dive, which took place in Egypt’s Sharm El-Sheikh back in 2012, is still annually celebrated as it marks the world’s first modified wheelchair that is used in scuba diving.

Salman’s pictures of carrying the wheelchair throughout the trainings went viral on social media, as his assistance is still considered one of Egypt’s diving achievements, garnering him much accolade even today.

“As a PADI Accessibility Award, Austin’s dive was not my first to do with a person with disability. However, I can tell that is the most unique one,” Salman remembers, “when diving with disabled people, there is usually this sense of fear or uncertainty a diver gets you see in them. However, this was never the situation with her. It was always about breaking the records, and making the impossible happen.”

The 54-year-old Austin, who received her certificate in scuba diving in 2005, has been depending on the wheelchair since 1996. The British artist is specialised in multimedia, performance, and installation.

“She aims to find dramatic and powerful ways to re-position disability and Disability Arts as the ‘Hidden Secret’. She argues that this ‘secret’, if explored, valued and then shared, can act to heal the divisions created in the social psyche by cultural dichotomies that define the ‘disabled’ as ‘other’,” a statement previously published through their website stated, showing Austin’s urge to discover underwater gems.

Her dream of swaying the underwater world through the wheelchair started in 2010, and after three years of intensive work with a team of technicians in order to provide the wheelchair with a bespoke fin and foot-operated acrylic strip, she decided to have the first experience in Sharm El-Sheikh.

“She always mentioned that the Red Sea’s underwater treasures is what captured her heart the most throughout her years of diving in various places across the world,” Salman explained.

“The real-life training started in December, and lasted for around a year and a half including sessions in the UK, before the actual dive took place,” he added. 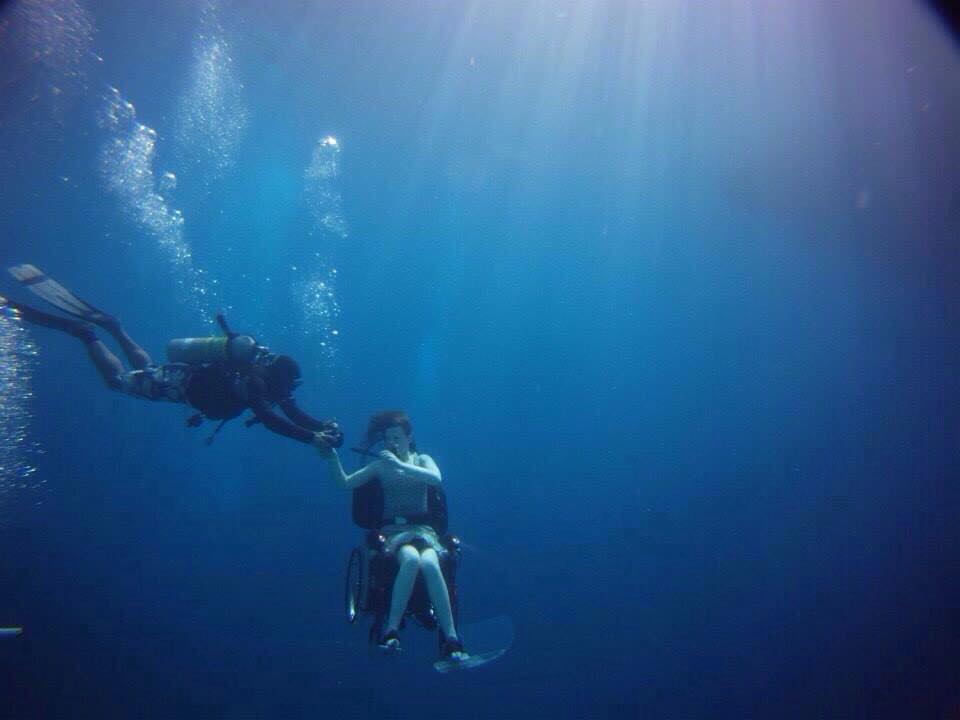 Salman, who was at first only a supporting diver was among the team that faced an unexpected struggle at the Ras Muhammed diving spot, “that is one of the hardest places to scuba dive in, despite having the most mesmerising underwater sceneries.”

According to Salman, the currents of Ras Mohammed is one of the strongest waves in the Red Sea’s diving spots, which required human assistance to power the wheelchair motors.

“At first, it felt impossible to carry out the weight of the chair and all of the supplies, but I was at the time a part of the dream, and was determined into making it true.”

For four separate weeks, Salman carried the wheelchair throughout the 45-minute trials, which led to muscle exhaustion, leading doctors to believe that he cannot complete the experience until the end.

“I was informed several times that my leg muscles cannot carry all the weight for such a long time. But all I could find myself doing the next day, is getting dressed up to meet the team and continue our training,” he laughingly stated.

The dive was chronicled in a documentary film, entitled “Freewheeling”, in which Austin’s underwater journey was captured in a video where she is seen moving her arms to guide her through the water, where she wears a dress with her long hair flowing freely, as she navigates through schools of fish and pasts massive coral reefs.

The documentary was created as part of the London 2012 Cultural Olympiad in conjunction with the 2012 Olympics and Paralympics.