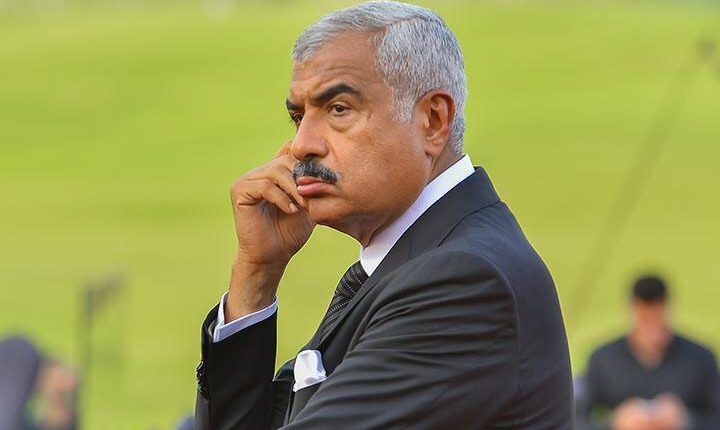 It is more difficult to stay on top than to get there. This is what businessperson Hisham Talaat Moustafa, the best Egyptian real estate developer, is working on.

Moustafa has a 50-year experience in the Egyptian real estate sector, during which he managed to put Talaat Moustafa Group (TMG) at the forefront of companies operating in this sector, and transform the company from only contracting to broader real estate investment.
Moustafa topped real estate investors in Egypt after he had built the country’s largest urban community by the private sector in Egypt.
It is not the construction achievements alone that made Moustafa the best Egyptian real estate developer, but rather the high-quality services that his company’s new cities provide. 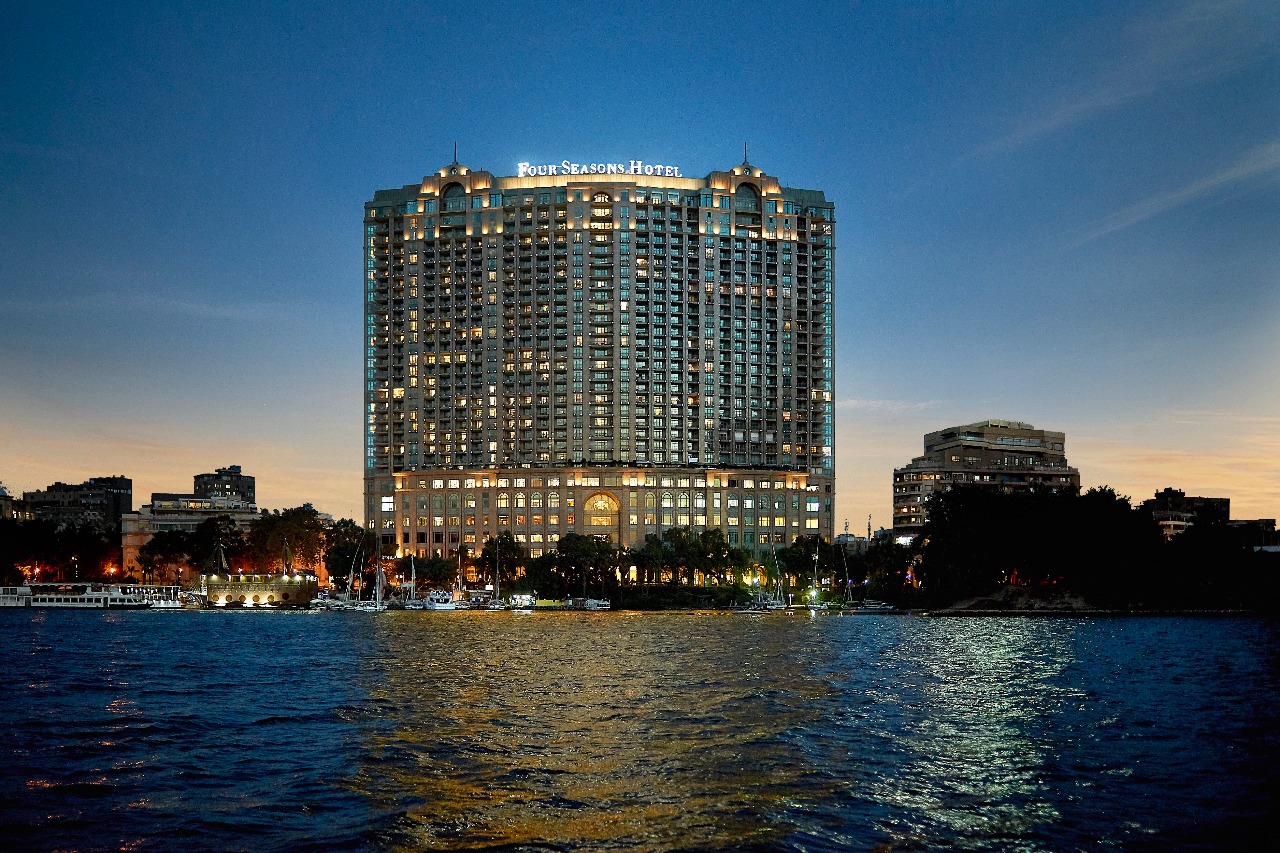 The TMG’s tireless work to develop those cities periodically and meet all the needs of their residents, starting from a sophisticated urban waste management to converting the cities, especially Al-Rehab and Madinaty, into smart cities that adopt the latest science-related mechanisms and smart applications to manage everything in the city, including lighting control, traffic regulation, security systems, and smart home applications.
Adhering to implementation and delivery deadlines, continuous follow-up, and periodic maintenance raised the customers’ confidence in the group. These factors also build trust between TMG and the local business community and the banking sector which helped the group to secure the funds needed to develop its projects.
TMG established the first huge urban community on the outskirts of Cairo. Al-Rehab is a vibrant city similar to oases. It was built on an area of 10m sqm, opening the door for further urban expansion in East Cairo. The city was debuted in 1997. 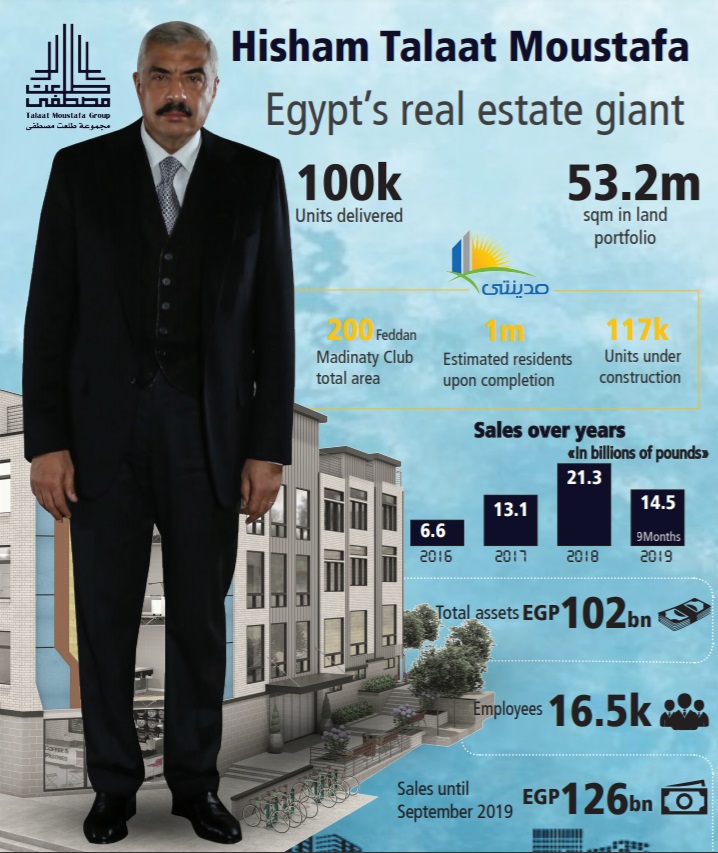 Mousatfa was not satisfied with building Rehab, where the elite of the Egyptian society lives now, and decided to build the largest urban community by the private sector in Egypt and perhaps the Middle East. In 2006, TMG announced the launch of Madinaty on an area of over 33m sqm in East Cairo.
Madinaty’s investments are expected to exceed EGP 400bn when completing the project. It is currently inhabited by about 600,000 people, and over 50,000 units have been delivered so far. The total population of the city is expected to reach one million people by the end of the delivery phase.
The projects of TMG are integrated cities with areas comparable to small countries. The company’s land portfolio is 53.2m sqm. It assigns the planning and designing of its cities to the best experts and international consulting offices.
Last year, the TMG sales reached EGP 21.3bn, the largest in the history of Egyptian real estate sector. While it achieved EGP 14.5bn sales in the first nine months of the year.

Hisham Talaat Moustafa is the best Egyptian real estate developer. He was born in 1959 in Alexandria, Egypt. He is the son of late engineer Talaat Moustafa, the founder of TMG when it started as a construction company in the early 1970s. Moustafa graduated from the Faculty of Commerce at Alexandria University in 1980. Immediately after his graduation, he joined the TMG as he sought to achieve his vision of transforming the company into a pioneer group in real estate and tourism investment.
In 1986, Moustafa began implementing his vision by building residential complexes and tourist resorts in El Agamy, Alexandria, which was called “Green Roda”, and another project in the North Coast, called “Virginia Beach”.
In 1994, TMG established two luxurious residential compounds on the outskirts of Greater Cairo, namely Al Rabwa in Sheikh Zayed city (West Cairo) and May Fair in Al Shorouk city (East Cairo), as they were among the first compounds to be established outside the city.
Then, the company began to grow and prosper and transformed into a real group with several companies under its umbrella. By 1998, TMG included 21 companies valued at billions of pounds.
Moustafa was the first real estate developer to set up an integrated residential city with its services fully provided by the private sector, presenting a new vision for life in Egypt. It was Al Rehab City in New Cairo, which spans over 10m sqm and can accommodate 200,000 people. The city is equipped with all required services and facilities, which makes it a real success story in the field of urban development. 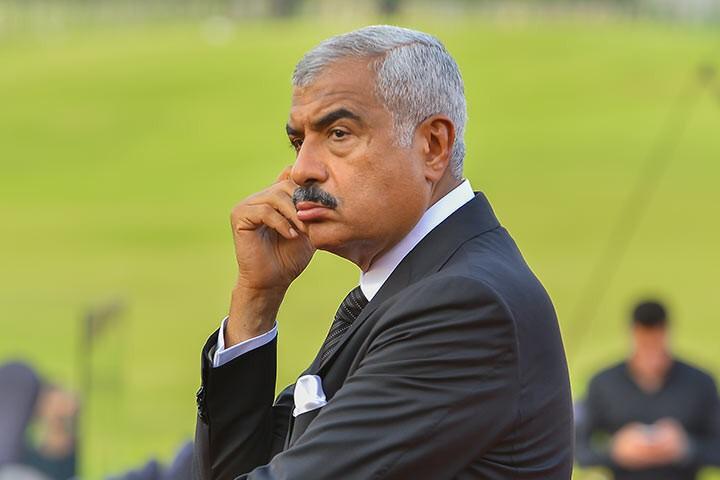 In 2002, Moustafa contributed effectively to the development of the Egyptian economy in general and the tourism sector in particular, as he introduced a new concept in the hotel and hospitality market in Egypt by acquiring the prestigious Four Seasons Hotel series in Egypt, including Four Seasons Resort – Sharm El Sheikh in 2002, Four Seasons Hotel Cairo – Nile Plaza in 2004, Four Seasons San Stefano in Alexandria in 2007, in addition to the Kempinski Hotel in Cairo, which opened in 2010.
In 2006, it was an important turning point in the path of the pioneering real estate developer, as the company launched the mammoth project Madinaty, on an area of 33m sqm, which was Moustafa’s life dream.
In 2007, TMG was floated on the Egyptian Exchange, to become the largest listed real estate company with the second-largest market cap in general. In 2017, TMG bought 500 feddan in the New Administrative Capital, the largest land plot owned by a private company. The Group is expected to inject more than EGP 33bn investments in Celia, the largest fully comprehensive project in the New Capital.
Noteworthy, TMG’s clients reached 100,000 last year and achieved the largest sales of a real estate company in Egypt, estimated at EGP 21.3bn.