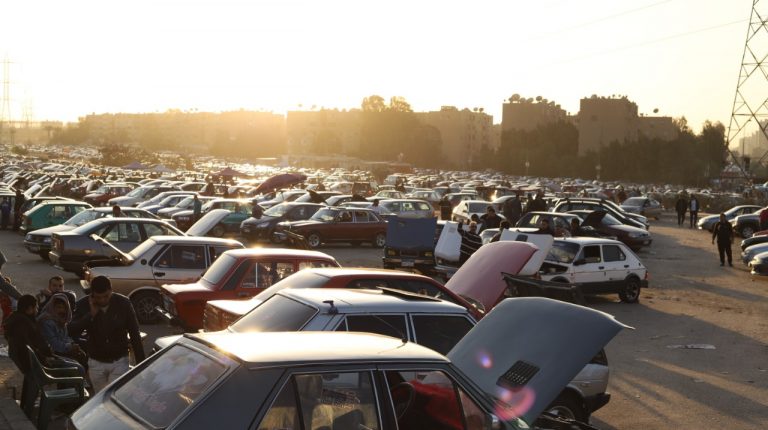 Customers are currently reluctant to buy cars, expecting more reductions in prices in early 2020, after the cancellation of the remaining customs duties which reached 10% on the total customs value of Turkish cars, along with the fall of the dollar exchange rate against the Egyptian pound.

Despite consumers’ expectations, experts and workers in the sector disagreed about the future of cars prices starting from next year.

Alaa Al-Saba, member of the Automobile Division of the Federation of Chambers of Commerce (FEDCOC), said that the decline in car sales in this period of the year is realistic, owing to holiday vacations and the consequent reluctance of consumers to buy.

He pointed out that reductions in car prices are attributed to the dollar’s fall against the pound.

By 2020, he expected that the dollar price to continue falling, followed by a reduction in car prices, stressing that cars are a commodity like all other commodities affected by supply and demand. He stressed that the prices of cars imported from Turkey would drop by no more than 3% of the car price.

Al-Saba pointed out that the fall of car prices in some models, such as Renault Logan and Nissan, are considered suitable reductions for the dollar price now. He indicated that cars that did not undergo price reductions this year will witness noticeable reductions starting next year.

He also ruled out the rise of car prices again unless development fees and added value were imposed on cars, expecting a recovery in sales from the beginning of next year.

On his part, Omar Balbaa, the head of the automotive division of the Federation of Egyptian Chambers of Commerce, said that the decrease in sales is due to the state of anticipation that is taking over consumers because of the reductions campaigns offered by many car companies in the past period, in addition to the decrease of the US dollar against local currencies. This also coincides with the application of the partnership agreement with Turkey.

“We hope for a further decline in the dollar price during the coming year, as well as for companies to have the necessary transparency in any market-oriented decisions so as not to be surprised by decisions that may cause huge losses to the companies operating in the market,” he said.

He stressed that that the dollar’s decline is the only reason for the price decline of cars, noting that prices do not rise again.

He also expected that 2020 will be better than 2019 and will witness more stable car prices and higher demand due to the expected reduction in the bank interest rate, which will lead to a drop in car prices.

He explained that the market situation during the current year was less than expected, as sales retreated compared to the previous year.

On the other hand, car marketing expert Shazli Mustafa, stressed that the consumer’s expectation of a drop in cars at the beginning of 2020 has actually started since last November, expecting it to prevail during the first quarter of next year.

He pointed out that the dollar’s fall is the safety buoy for agents to reduce the prices of cars, in light of the huge losses that agents suffered to continue competition without compromising the rate of profitability, expecting a noticeable rise in competition among agents during the coming year.

Montasser Al-Zeitoun, a member of the Auto Traders Association, disagreed with this opinion, expecting car prices to rise as the new year starts.

“Many dealers and distributors have reduced the prices of many 2019 models before the start of the new year,” he said, stressing that three Turkish-origin models would drop by a value of only EGP 5,000.

Al-Zeitoun explained that 90% of agents and distributors suffered major losses this year, expecting the reduction campaigns, which started since the beginning of 2019, to end with the aim of compensating some of the losses they suffered as a result of these temporary reductions.

He added that the dollar price was not the most significant factor in the decline in car prices during this year, but rather the competition with European cars after applying the final customs cancellation.

According to Al-Zeitoun, European cars represent a big segment of the Egyptian car market compared with Turkish cars, so it is not expected that the prices of cars will fall again. The one sure thing that will affect their fall in 2020 is the change in exchange rates.