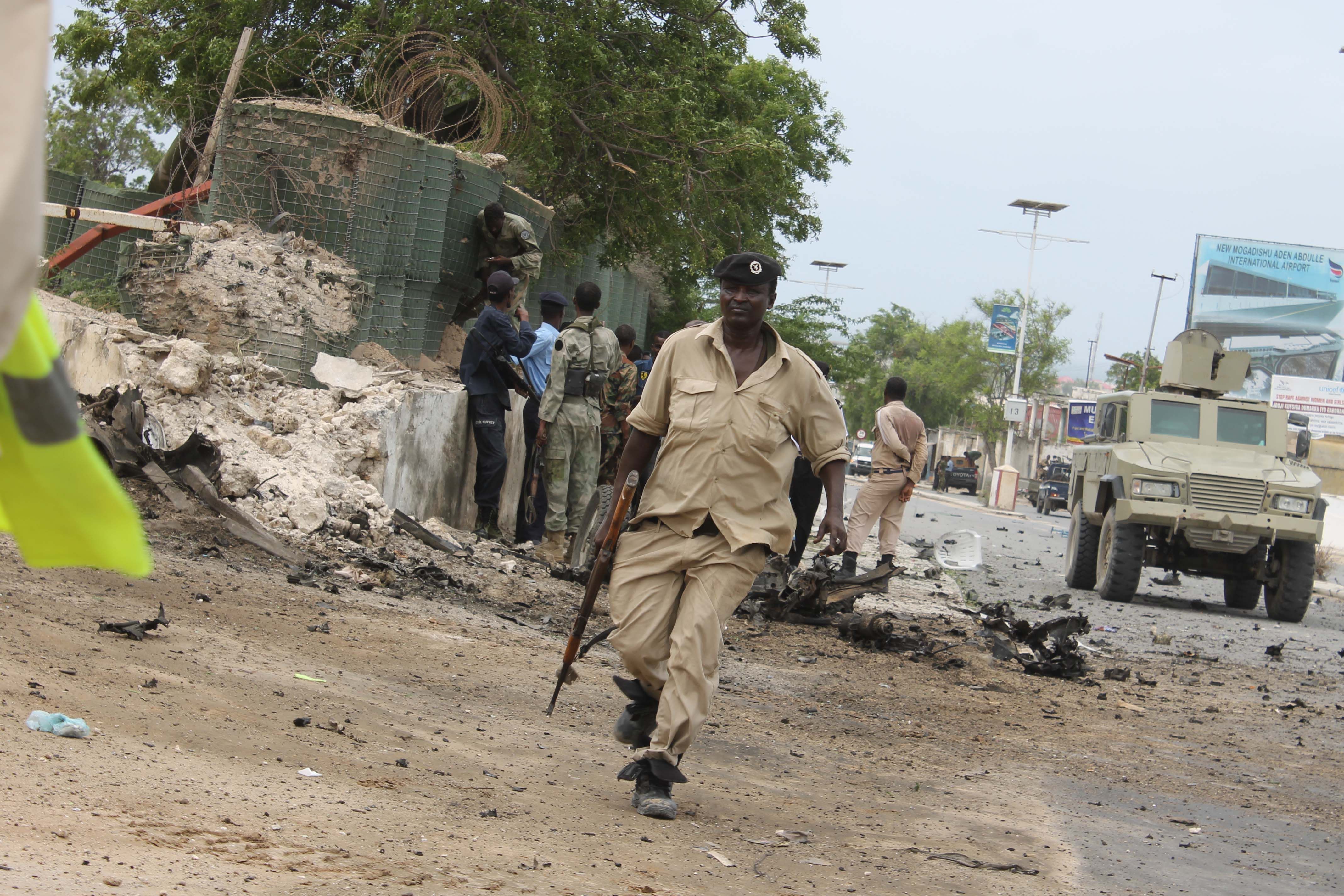 An explosion at a busy checkpoint in Somalia’s capital Mogadishu on Saturday killed at least 90 people and wounded dozens, Somali officials said. Preliminary findings say the attack was executed by a suicide bomber amid the city’s rush hour.

Ambulance rescuers carried dead bodies past the twisted wreckage of a vehicle and minibus taxis smeared with blood, Reuters said.

No group immediately claimed responsibility for the blast. In Somalia, Al-Qaeda-linked Islamist group Al-Shabaab are the most active militant group in the country. Its members have been trying to topple the UN-backed government and regularly carries out such attacks.

The Horn of Africa country has been driven by conflict since 1991, when clan warlords overthrew dictator Siad Barre and then turned on each other.

Speaking to reporters at the blast site, Mogadishu Mayor Omar Muhamoud was quoted by local media as saying that the government confirmed at least 90 civilians, mostly students, have been injured in the explosion.

The extremist group was forced out of the capital several years ago but continues to target high-profile areas such as checkpoints and hotels.  Two weeks ago, the group attacked a hotel popular for politicians, army officers, and diplomats, killing five people.

In recent months the government has claimed that the security situation has improved, with increased security personnel and surveillance.

In a similar context, another prominent militant group, the Islamic State, released a video purporting to show its militants beheading 10 Christian men in Nigeria, saying it was part of a campaign to avenge the deaths of its leader Abu Bakr Al-Baghdadi and its spokesman.

The video was briefly shared on Twitter and was later removed due to its violent content. Afterwards, chat groups on Telegram affiliated the militants posted the video which included Arabic subtitles.

The video, which the group said was posted on Christmas, showed men in beige uniforms and black masks lining up behind blindfolded captives then beheading 10 of them and shooting the 11th.

Reuters reported another video which was available on private jihadist online forums where captives pleaded for the Christian Association of Nigeria and President Muhammadu Buhari to save them.

In a series of comments on Twitter, Buhari condemned the killings.

“These agents of darkness are enemies of our common humanity and they don’t spare any victim, whether they are Muslims or Christians, and therefore, we shouldn’t let them divide us and turn us against one another,” Buhari wrote.

Islamic State in West Africa Province (ISWAP) split from the militant group Boko Haram in 2016 and has become the region’s dominant jihadist group. Islamist insurgents have killed about 30,000 people in northern Nigeria in the past decade.

Islamic State leader Baghdadi died during a US military raid in Syria in a separate military operation, both over the same weekend in late October.