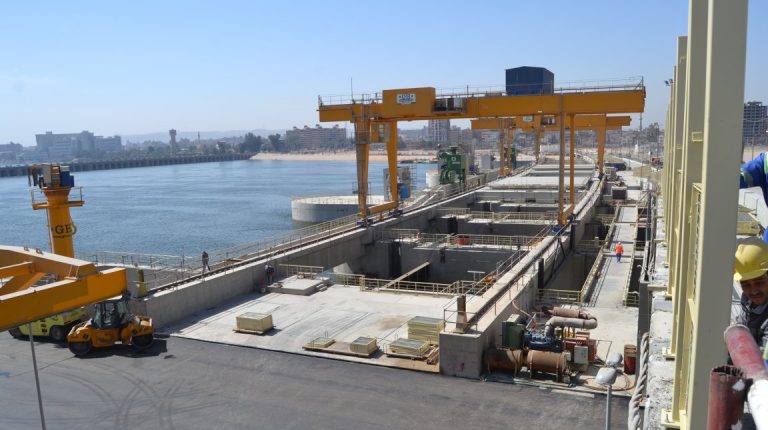 The Egyptian Electricity Holding Company (EEHC) studies an offer from the Chinese Sinohydro to establish a pumped-storage hydropower station in Ataka, Suez governorate.

Sources at the Ministry of Electricity told Daily News Egypt that the company Artelia, which is responsible for consulting the project, sent the final draft of the contract two weeks ago for approval.

The sources said that the final contracts for the project are scheduled to be signed during the first half of next year, adding that Exim Bank of China will finance the project with low interest, and the Egyptian Electricity Transmission Company will purchase the energy produced from the project.

The Ministry of Electricity had asked the national centre to plan the use of the country’s lands to obtain additional areas in Ataka, with 168,000 square metres, to implement a pumped-storage hydroelectricity station.

A ministry official said that the area designated for the project was cleared of mines, and the approvals were obtained from the authorities concerned with the implementation of the project, and all the permits for workers and equipment in the project have been extracted, and Sinohydro is seeking to obtain an additional plot of land for the station.

The sources said that this project was the largest of its kind in the Middle East, to generate electricity from water stations using pumping and storage technology and is ranked fifth in the world.

The sources added that the Pumped-storage hydroelectricity technology that will be carried out in the Ataka project is one of the best technologies for storing electricity in the world, and it has many benefits, especially with regard to costs in operating networks and storage safety factors for solar and wind energy, as well as achieving a safe rate to secure and stabilise the electricity network.

The projects contribute to the consolidation of the unified electrical network and are used to store the electrical energy produced from renewable energy sources and improve the reliability of these sources in the supply of electrical energy, he concluded.