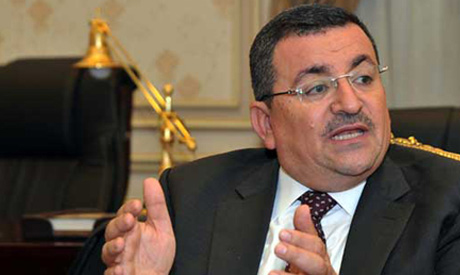 After five years of abolishment, the Ministry of Information was brought back during Sunday’s cabinet reshuffle, raising questions about its responsibilities with the presence of other media supervising bodies in Egypt.

Currently referred to as the Ministry of State for Media Affairs, Egypt’s Parliament approved the ministry’s return, with former head of parliament media and culture Osama Heikal as its minister.

State officials said that decision came in response to calls to regulate the scene of media and its condition.

The Supreme Media Council, National Press Authority, and the National Media Authority are currently the three bodies that regulate the workflow of the press and media in Egypt.

The creation of the three bodies was approved by the parliament in December 2016 and signed into law by President Abdel Fattah Al-Sisi in April 2017.

The Ministry of Information was abolished in 2014 under the government of Engineer Ibrahim Mahleb. The last information minister was Doraya Sharaf Al-Din who held the post from July 2013 until June 2014, after Al-Sisi took office.

Heikal, held the same position from July 2011 to December of the same year and was the first minister of information following the 2011 revolution.

Mass Communication professor at Cairo University Mohamed Al-Morsy previously said he did not support the return of the ministry as he believes any minister selected for this position will be there to serve the government and put the profession under control.

The professor continued that after looking at all the existing conditions and issues in Egyptian media, he found that the existence of the ministry is very needed, as the medium needs more organisation, control, and development.

Al-Morsi said that the minister of information will just be an executive minister in a government affiliated to a higher authority, explaining that the concept of the Minister of State for Information is a “minister without a ministry,” meaning that he only develops strategies.

Speaking about the role of press and media authorities, he said that it has an administrative and developmental role, while the supreme media Council has an organisational role. Accordingly, the ministry’s role is to oversee them.

Al-Morsy added that the ministry coordinates between the bodies that make up public awareness of the Egyptian citizen, while its second mission will be setting Egypt’s media policy, and to define its identity. It should set how the media looks, and what it should present and how. It’s also in charge of regulating different media outlets.

The third task, according to the professor, is solving problems facing the media system by contacting the executive channels in the authority directly and quickly.

Al-Morsi affirmed the necessity of having a minister at the present time, with the possibility of cancelling the ministry later after controlling the scene and handling all of the issues’ treatment, explaining that the press and media authorities and the supreme council are the basis.

On that note, Media expert Yasser Abdel Aziz said, “there is a mistaken and very dangerous belief among officials, parliamentarians, and some experts and professionals, that the problem of the media in Egypt can be solved by appointing a minister of information, as they believe that the presence of this minister will solve the problem and control the scene. ”

While the 2014 constitution does not prevent the appointment of a minister of information. In the event of having a minister for information, the constitution gives it very limited powers as opposed to the other supervisory bodies.

“The constitution did not prevent the existence of a ministry of information, and this is the vision of the President and the head of government,” Heikal said.

He confirmed that there is no contradiction with the Supreme Media Council, saying, “In the past, the minister could organise the media, but currently a minister will come with new roles in the presence of media institutions that are already organising the work.

“The Minister of Information must set a media policy with a new vision and inform a new concept that sets a media policy for the state,” Heikal said.

Heads of the media and press bodies

The Head of the Supreme Council of Media Regulation Makram Mohammed said until now the new decision has not clarified the tasks of the ministry, nor its relationship with the three bodies, noting that the constitution already confirmed the presence and duties of the council and the two authorities.

“It is very important to understand the role of the ministry and the cooperation between all bodies, so things can work smoothly,” he added.

Karam Gabr, head of the National Press Authority, denied any inconsistency between the position of the minister and the three media bodies.

He explained that the return of the ministry places a heavy burden on the minister and the media, explaining that there must be media plans that develop the general policy of the profession during the coming period, and this is the responsibility of the ministry.

“I expect new plans to be implemented in 2020 to develop newspapers under the presence of the new ministry,” Gabr also said.

He suggested that the return of the ministry would further create opportunities for cooperation between agencies to find solutions to crises and devise various strategies.

Gabr believes that the aim of appointing a minister is to help control the scene, especially since Heikal is a great candidate and highly experienced.

Tarek Saada, chairperson of the founding committee of the media syndicate, said the role of the new minister is “coordination”. It is to help control the scene, by setting various media policies, confirming that the presence of bodies in law does not contradict the presence of ministry, as long as its duties don’t interfere with the regulatory bodies.

“I think its role is very important, to coordinate between these bodies and draw up media policies, in addition to improving journalistic and media content,” Saada said.

Gamal Abdel Rahim, Press Syndicate’s secretary general, said the ministry will not have any competences in accordance with the constitutional texts no 211-212-213, and the laws regulating the press and media 178-179-180 of 2018.

He continued in a press statement that the media and press organisations are competent in all matters of the press and media, adding that they are independent bodies in accordance with the constitution, and therefore the minister has no right to interfere in its work.

Parliamentary sessions will be publicised, but won’t be aired live: Heikal