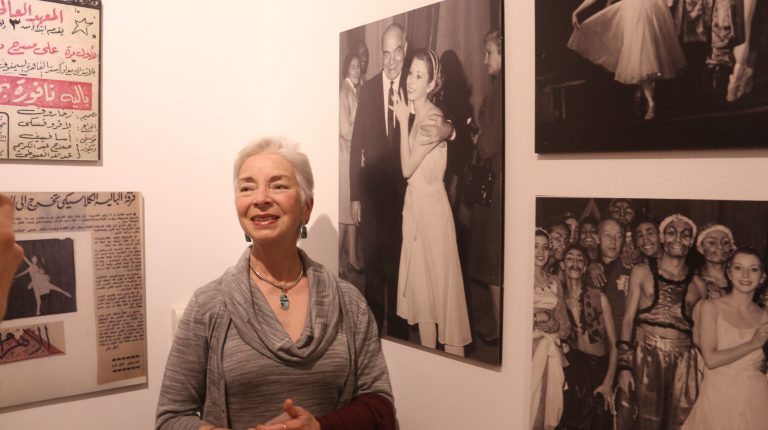 When the nine-year old angelically beautiful young girl stood in line waiting for the audition of Egypt’s first ballet school, wearing her custom-made white dress embroidered with red flowers her mother spent hours making, she never imagined that she would only be a few steps away from carving into Egypt’s art culture, becoming the first Egyptian female ballerina ever in history. 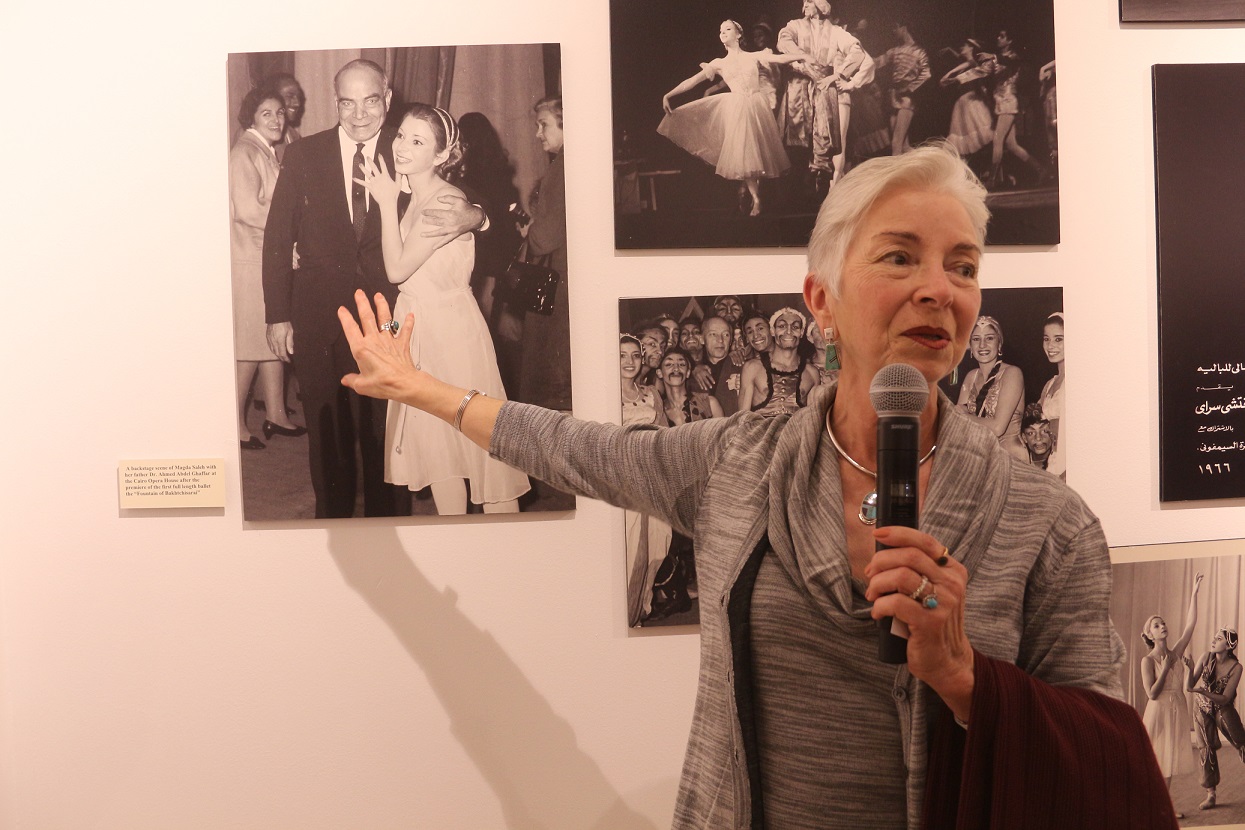 After her first audition at such a young age, the stage soon became Magda Saleh’s second home and her place of genuine joy. Throughout her life, the stage welcomed her shining performances and ballet shows with the Bolshoi. Chronicling her long years in paving the road of elite art performances in Egypt, the American University in Cairo (AUC) hosted an exhibition about Saleh’s life.

Under the name of “Dancing in the Light: An Egyptian Ballerina Story” one gets to travel back in time in an era where Saleh reshaped the reality of women in dance and introduced society to new definitions of class and beauty.

Living at a time when referring to women as dancers was considered an insult, Saleh’s life witnessed nothing but praise, pride, and making dreams come true.

She was among the first five scholar females at the Bolshoi Academy in Moscow, which pushed her through a professional path that made her become the very first Egyptian professional prima ballerina. Even retirement was not the end of her achievements, after having the title of dean bestowed on her at the Higher Institute of Ballet and then becoming the new founding director of the New Cairo Opera House.

For Saleh, ballet is all about freedom and the ability to express her heart out.

“As a performer what I revealed in most was the physical freedom I sought to achieve and maintain through years of gruelling training to master the infinite complexities of academic ballet technique,” Saleh said, starting her talk. 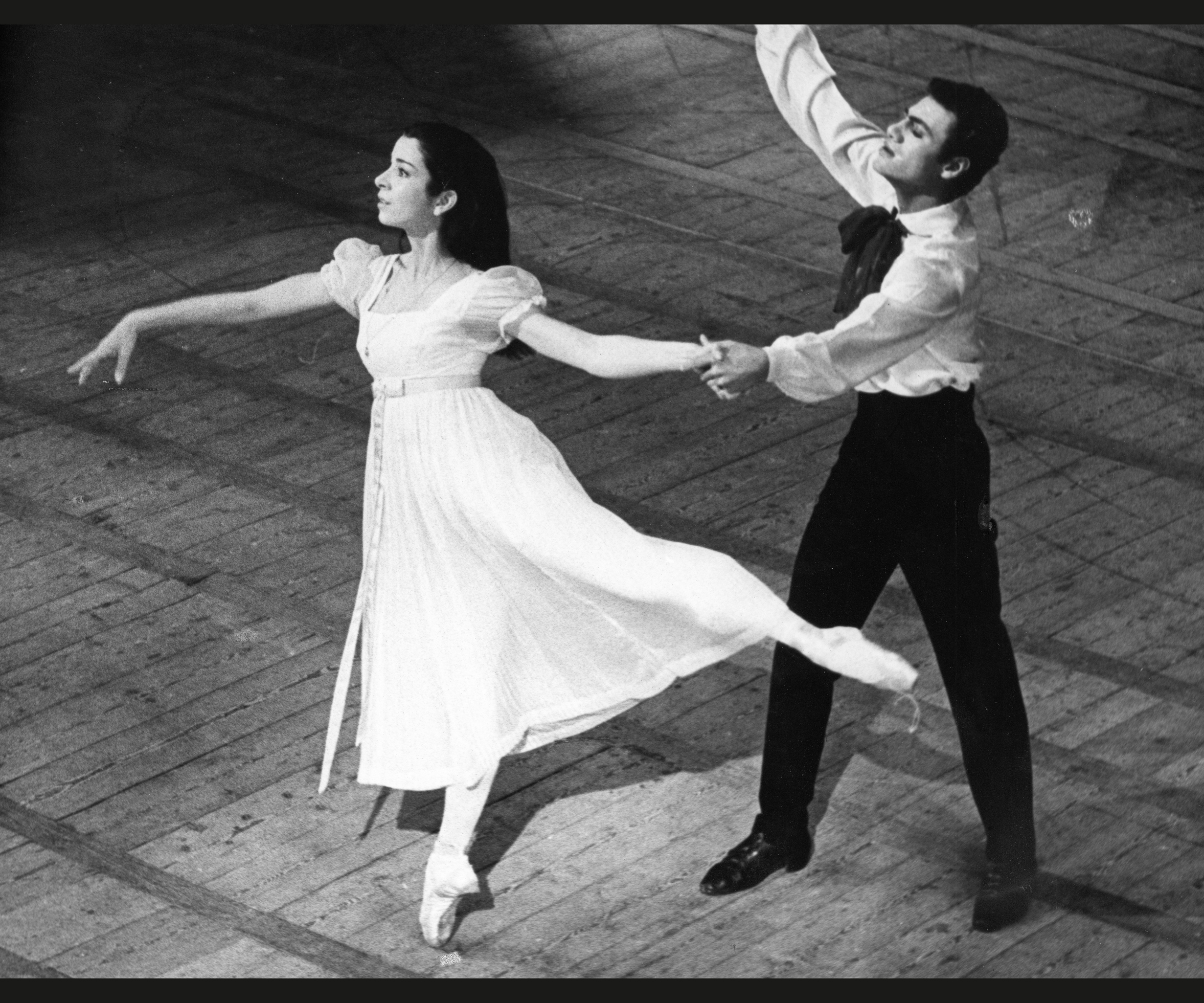 At AUC’s Tahrir Cultural Centre (TCC), the exhibition tackled Saleh’s milestones, through a number of pictures, portraits, and official newspapers that wrote about her at the time.

The exhibit starts with a few snapshots of her as a little girl, stretching and straining into difficult poses before being admitted to the School of Ballet, leading up into photos of her performing in front of late president Gamal Abdel Nasser. It was after that performance that she was honoured with the Order of Merit.

“These [pictures] document the development of my ballet career from early steps until its culmination as Prima ballerina of the Cairo Ballet Company, until my finale in 1971/72 performing with partner Abdel Moneim Kamel as guests artists with the Bolshoi and Kirov ballets, two of the world’s most illustrious companies,” Saleh told Daily News Egypt.

The exhibition, is divided into three parts. The first is Saleh’s historic photographs of the founding of the Egyptian Ballet, drawn from her personal archives.

The second part of the exhibition consists of a luminous array of ballet images captured by the extraordinary eye of great Egyptian photographer Sherif Sonbol.

“I organised the exhibition of a selection of these breathtaking images at the New York Public Library of the Performing Arts at Lincoln Center. It was reviewed extensively by the New York Times, and the photographs remain in the Library collection,” Saleh added. While the third is a screen of Hisham Abdel Khalek’s award-winning documentary “A Footnote in Ballet History” that also features Saleh’s life. Saleh believes that without the role Tharwat Okasha played in establishing what is currently known as Egypt’s Ministry of Culture, she would not be where she is now. Okasha, who was a member of the Free Officers movement, later created an Academy of Arts with a Higher Institute of Ballet in 1959.

Through the school, Magda and four other girls received scholarships for the Bolshoi School.

“When I was first requested to curate this exhibition, the look I found at Magda Saleh’s face captured my heart,” says Ola Seif, the exhibition curator. “Throughout the hundreds of pictures I looked through in order to come with the 40 images on display. That determining, passionate gaze of Saleh’s took over my soul and caught me by fascination.”

Seif, a curator of photography and cinema collections at the AUC, believes that Saleh’s determination and powerful soul are what led her into achieving the things she did, “and you can clearly see these things through her eyes in the captured photos.”

However, the road was not always flowery and bright. Born to an Egyptian father, who was vice president at AUC, Saleh was faced with the refusal of her father of having his only daughter perusing her career as a ballet dancer. 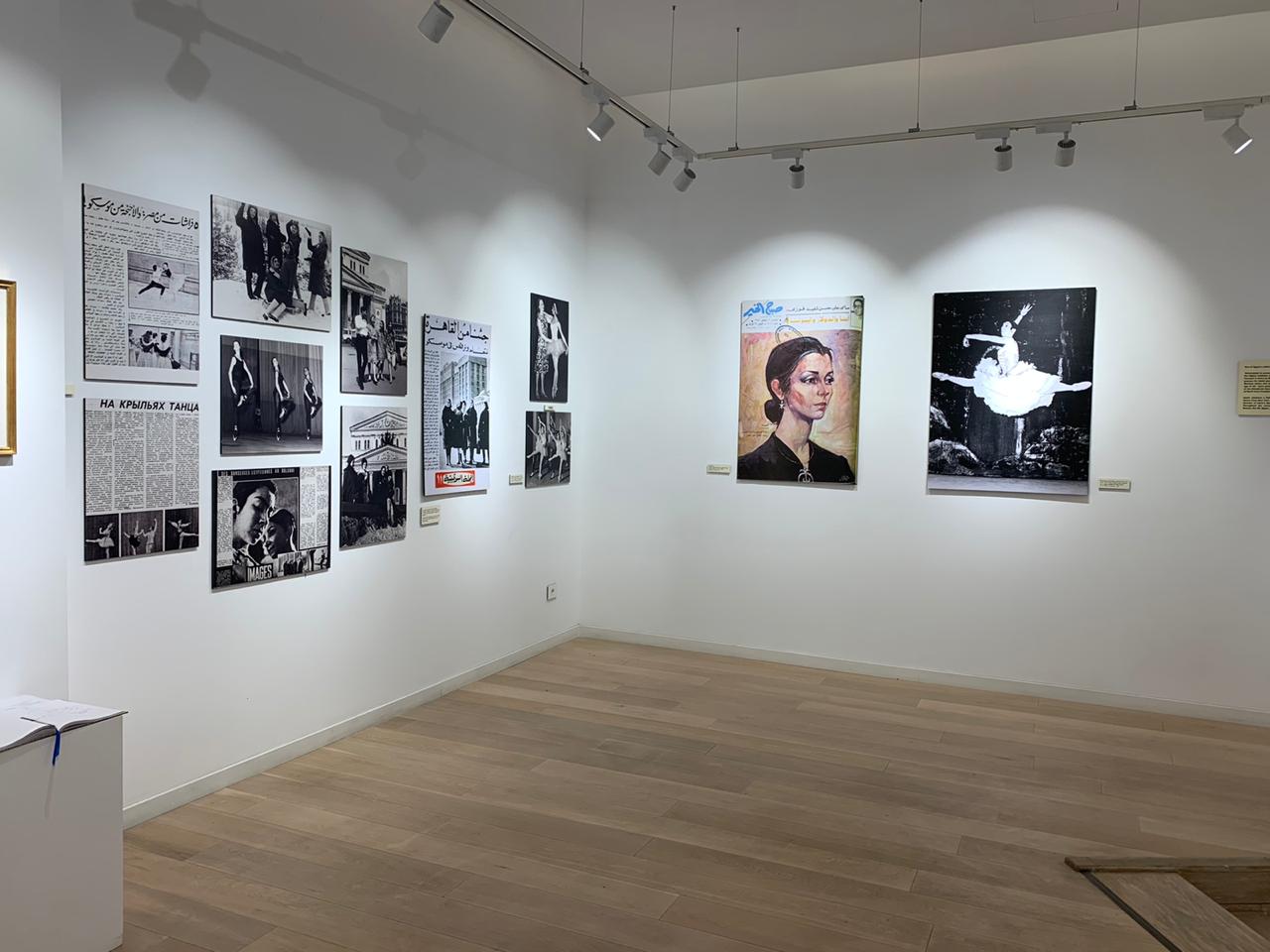 “She always mentions the constant refusal of her father, as he, like the majority of the Egyptian community at the time, believed that ballet is only a hobby to practice at leisure time,” Seif added.

However, with the support of her Scottish mother, she managed to flip the coin and follow her passion. “I just wished to add a photo including my mother, who was a great source of wisdom throughout my life, advising and supporting me throughout my career, and without whom nothing would have been possible. She kept me going during the most challenging of times,” Saleh remembered.

Decades after, Saleh still believes that the biggest milestone in her career was becoming a prima ballerina, at the Bolshoi, then showcasing Egyptian ballet when professionally performing in Egypt.

“The ultimate milestone of course was being invited to perform with my partner Abdel Moneim Kamel as guest artists with the Bolshoi Ballet in Moscow and the Kirov Ballet in Leningrad, as well as in the state theatres in Novosibirsk and Tashkent. It was a signal honour and a rare privilege, but also a huge responsibility since we were representing Egyptian Ballet which our Soviet teachers had established,” Saleh recalled.

The exhibition is open until the end of January every day at TCC in Downtown Cairo.

The potential for female entrepreneurs is far from exhausted

DOU by Misura: Shoes for the free spirited