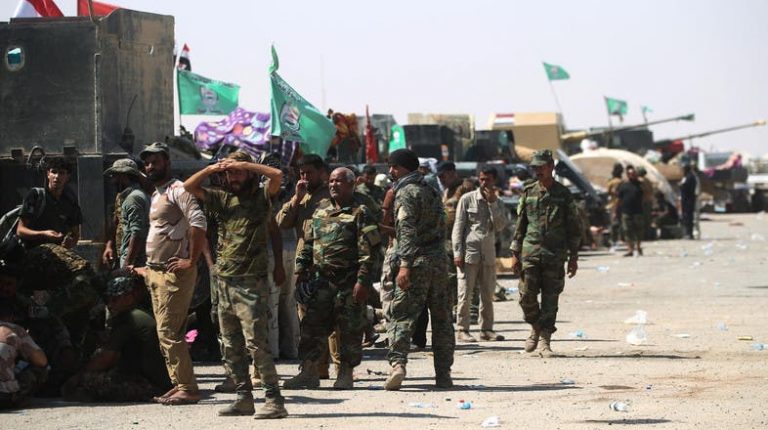 Several shells landed Friday on a military base that houses US troops in Iraq’s northern province of Kirkuk, wounding an Iraqi soldier, the Iraqi military and a security source said.

The brief statement gave no further details about the incident, saying that more details will be released later.

However, Hamid Al-Jubouri from Kirkuk’s provincial police told Xinhua that “five mortar rounds landed in the evening on a military base named K1, where Iraqi federal police, an army brigade and some US advisors are stationed.”

The mortar attack resulted in the wounding of an Iraqi soldier, Al-Jubouri said.

Iraqi security forces launched a search operation and an investigation into the incident, Al-Jubouri added.

Military bases housing US troops across Iraq and the heavily fortified Green Zone in central Baghdad have been frequently targeted by insurgents’ mortar and rocket attacks.

On Dec. 14, the US embassy in Iraq accused in a statement Iran’s proxies of carrying out attacks on Iraqi military bases where US troops are stationed.

Over 5,000 US troops have been deployed in Iraq to support the Iraqi forces in the battles against Islamic State (IS) militants, mainly providing training and advising to the Iraqi forces.

The troops are part of the US-led international coalition that has been conducting air raids against IS targets in both Iraq and Syria.