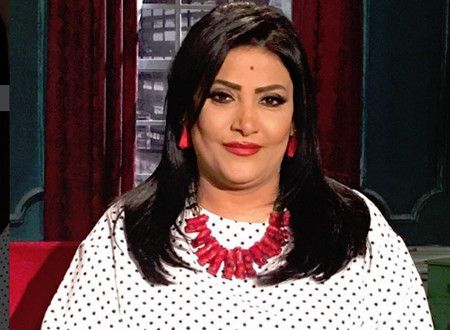 Google said on Monday that it will not change any features of the Google Maps voice guidance in response to circulating news that Actress Badriya Tolba will be the celebrity voice for its maps.

The company added, “As much as we enjoy Badriya Tolba’s films and admire the idea, we would like to make sure that nothing changes in the voice guidance properties of Google Maps.”

On Sunday, the actress Badriya Tolba said that she is in talks with Google to launch an option to hear her voice instead of Google Maps’ default voice, which will include her most prominent puns.

“I am working upon public demand and will be implemented soon through Google,” she said.

During a video call with DMC channel, she explained that one of her fans pitched the idea and then decided to meet the Google branch in Egypt.

“People will choose their favourite voice, or mine, or the hoarse,” she said, explaining that she will record her puns at the beginning of next week to launch the feature.

Tolba said that she has listed the most important puns requested to provide for the new feature.

The year 2019 has seen an uptick in using celebrities for voice assistants. Google Assistant, in particular, has added Insecure creator Issa Rae and Singer John Legend as what it calls cameos. Also, Amazon kicked off its celebrity voice programme, starting with Actor Samuel L. Jackson, allowing users to pay $0.99 and have Jackson respond to their Alexa requests for music, the weather forecast, and more.

However, Google stressed that they will continue to help users in Egypt and all Arabic speakers with the same current voice, adding that Google Maps helps millions of people reach their destination every day with the help of a clear voice guidance.