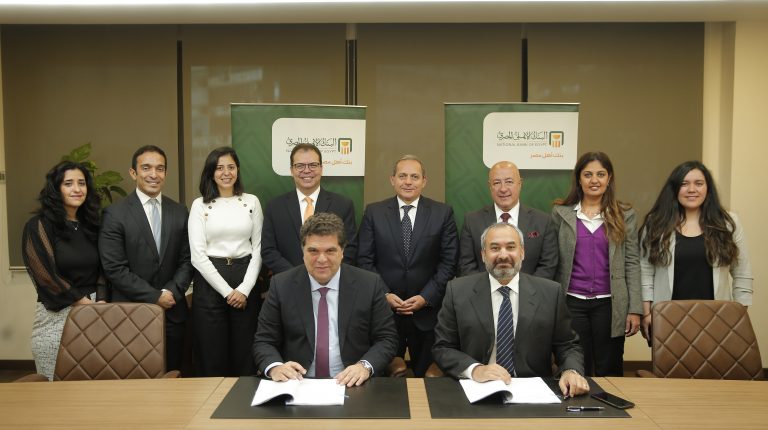 The necessary studies for the acquisition were carried out by the Arab Legal Consultants (ALC) and the PWC as a financial advisor, and KPMG as a tax advisor. Al Tamimi & Company acted as a legal advisor for Pharos Holding Company.

He added that this deal also comes within the bank’s strategy to expand non-bank financial services, in an effort to attract more foreign investments to the Egyptian market. It is also to invest the outcome of the success achieved by the economic reform programme in Egypt in recent years, which resulted in growth in the Egyptian Exchange business, interest in increasing turnover, and the expected revitalisation of the government’s IPO programme during the coming period.

Okasha announced the decision to nominate Saada, the managing director of the company as a non-executive chairperson of the board of directors of Pharos Securities.

Okasha emphasised the vital role of the Al Ahly Capital Holding Company during the previous period, which has a capital of EGP 5bn, with investments exceeding EGP 9bn.

He explained that the company had a prominent role in the fields of petrochemicals, agricultural industries, medical services, building materials, and industrial complexes. It also contributed to the establishment of many new companies, such as the Egyptian Company for the Production of Ethylene and its Derivatives and Al-Ahly for Medical Services and Al-Ahly for Land Reclamation and Agriculture.

The company also played a pivotal role as a major partner and financial advisor in the largest agricultural and industrial project in Minya to produce sugar, at an investment cost of $1bn with one of the largest Arab investors specialised in the field.

For his part, Elwy Taymour, co-founder and CEO of Pharos Group assured that the selection of Al Ahly Capital Holding Company exclusively to carry out all the necessary studies, and has resulted in the signing of the acquisition contract. Taymour stated that this is a clear indication of confidence in the professionalism of the company’s work team and their clear ability to continue to provide the best services to Pharos Securities through its employees.

Saada said that the acquisition of specialised companies, which aims to implement the strategic plan for the presence of Al Ahly Capital Holding extensively in non-banking financial services, is done gradually by participating in establishing specialised companies or choosing the best companies that are supervised and managed by capable leaders.

He emphasised that Pharos Securities Trading Company, established in 2006 as an extension to the activity of Mohamed Taymour with a distinguished business precedent for nearly 14 years, is the fifth largest trading company in the Egyptian market. The volume of its transactions exceeded EGP 250bn in addition to its capable work team.

Saada stressed that the acquisition of Pharos Securities entails completing the procedures for acquiring Pharos to promote and cover the underwriting of securities and Pharos to form and manage the securities portfolios, investment funds, and the Pharos First Fund. This will take a time period of up to a month, aiming to strengthen the channels of providing non-banking financial services through the National Bank of Egypt group and Al Ahly Capital Holding Company, with a complete restructure of the company to maximise its role in investment services activity.

He added that the Pharos Securities brokerage team will continue to provide the company’s distinguished services to its client base in various categories, with elaborate plans to increase these customers by taking advantage of the network of clients and partners of the National Bank of Egypt and Al Ahly Capital Holding Company.

He added that the bank has several diverse activities such as Al-Ahly Leasing, Al-Ahly for real estate finance, and Al-Ahly Money Exchange. It also contributed to a number of electronic payment companies such as Egyptian Banks Company, Fawry, and e-finance, as well as investment funds for financial technology, which come in line with the state’s plans to expand these systems in order to achieve the highest levels of efficiency in the movement of payments.