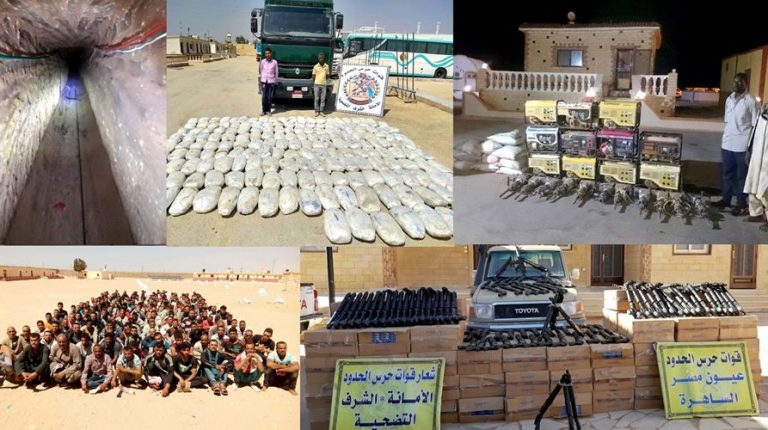 Egypt’s military announced on Monday that the border guards seized nearly 48 tonnes of drugs, 9.3m tonnes of narcotics, and destroyed 373 feddans of cannabis during 2019.

Official spokesperson of the Egyptian army Tamer El-Refaay released an official statement on Monday on the efforts exerted by the border guard forces in securing Egypt’s borders during 2019.
The statement published on Facebook asserted that the efforts included the discovery of smuggling tunnels on the borders in North Sinai and targeting drug dealers.

Also, 12 cross-border tunnels were destroyed in North Sinai throughout 2019.

It added that the forces confiscated 296 kg of silver and gold ornaments, 60 satellite devices and 1m pounds worth of hard currency in the possession of smugglers.

Egypt steps up its war on Gaza smuggling tunnels