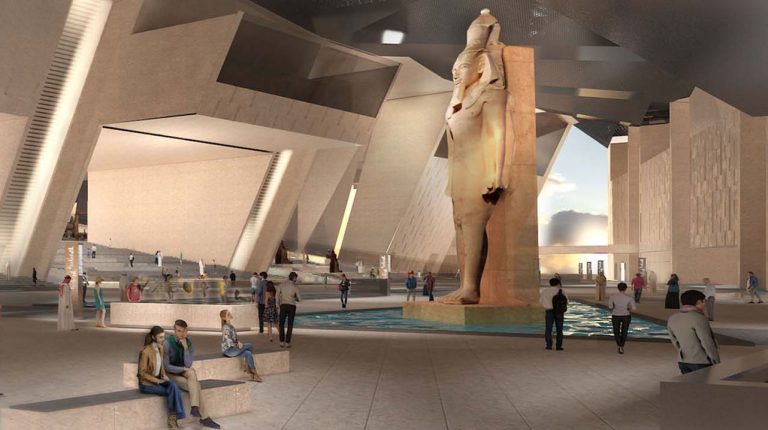 The Grand Egyptian Museum will be inaugurated in the last Quarter of 2020, according to Minister of Tourism and Antiquates Khaled Al-Anani.

He said roads leading to the GEM will be expanded to be better than they are now, adding that entry ticket prices for the GEM were set two months ago.

Concerning the entry ticket price for Egyptians, he stated that it would be EGP 60, pointing out that the GEM will display 5,000 artifacts, of which 2000 are artifacts not  exhibited before.

GEM will host the complete collection of Tutankhamen’s belongings for the first time in history since they were discovered.

The mega museum is considered one of Egypt’s most instrumental players in luring tourism back and reviving the country’s main source of income.

The opening was planned to take place in 2018, then it was postponed till reaching the last quarter of 2020.