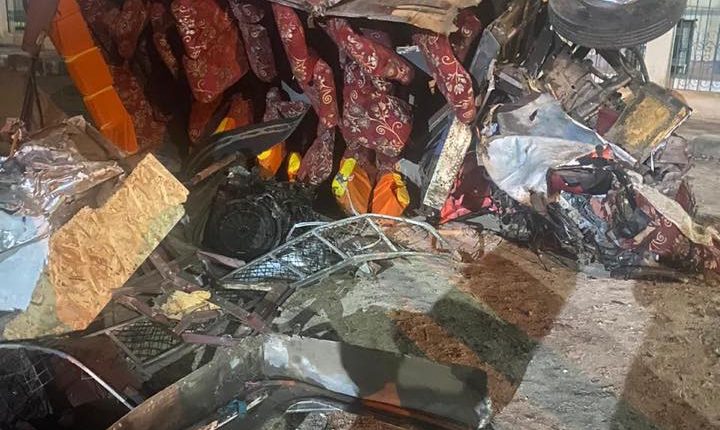 Egypt’s Prosecutor General Hamada El-Sawy ordered on Sunday the pre-detention of a truck driver for four days pending investigation over a deadly road crash that took place on Saturday.

The prosecution said in a statement that the driver tested positive for “hashish”, and that he is accused of causing the death of 22 factory labourers and injuring at least eight others when a bus collided with a truck and overturned on the road.

Earlier, El-Sawy ordered the formation of an investigation team into the road accident which included a car, a bus, and a truck on Port Said-Damietta highway.

In the meantime, six people were killed including three tourists from India and Malaysia in a separate road accident near the Red Sea resort of Ain Sokhna.

Car and bus accidents on highways and main roads occur almost every day with hundreds killed or injured every year. According to a 2019 report by the Central Agency for Public Mobilisation and Statistics (CAPMAS), the number of road accidents reached 5,220 in the first half of 2019 compared to 4,426 road accidents that took place in the same period in 2018. This comes out to 17% increase, resulting in the death of 1,567 and the injuring of 6,046.

The Egyptian government began a massive campaign earlier this year to eliminate drug addiction within state bodies. These efforts come after the deadly Cairo station accident which killed and injured dozens last February. Regarding the Cairo station accident, investigations revealed that both the locomotive driver and the manoeuvre operator of the railcar responsible for the accident tested positive for the potent narcotic ‘strox.’