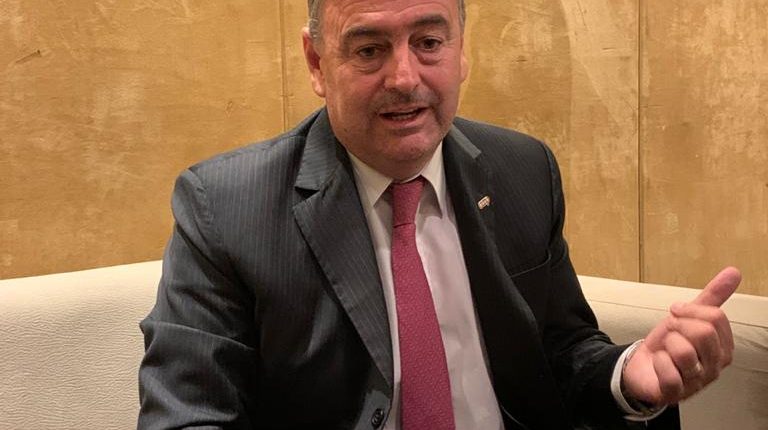 The International Co-operative Alliance (ICA) is currently studying Egypt’s membership request, and the ICA board will make its decision on the issue early January 2020, as the Alliance is interested in adding Egypt, the ICA President Ariel Guarco said.

Daily News Egypt sat down with Guarco to learn more about the alliance and its role in developing co-operative housing.

Can you tell us about the role of the ICA?

The ICA is the mother of all co-operatives in the world and represents 1.2 billion cooperative employees in the world. There are 110 member countries in the ICA.

In 2020, the ICA will celebrate its 125th anniversary. The ICA is a United Nations advisory entity, which is the greatest position that a non-governmental entity can afford.

The ICA was established in 1895 in England. It is represented in every continent; divided into four areas: Africa, Europe, Asia-Pacific, and Americas. The ICA’s president is elected every four years.

How does the ICA support housing for homeless across the world?

The ICA has no direct role in this regard as it needs cooperation between different parties. However, the alliance can find a mechanism to coordinate between international organisations to encourage countries to provide housing for the homeless people.

Moreover, about seven months ago, the ICA has signed a protocol with the International Labour Organization (ILO) to commit UN member countries to provide decent jobs for marginalised people who live in inadequate housing areas to improve their living standards.

Accordingly, we have signed a protocol with the Food and Agriculture Organization (FAO) to encourage farmers to cooperate together to produce and cooperate in forming a federation to strengthen their positions and their products.

Also, there is an agreement signed with the UN to stop conflicts and clashes in the world through adjusting economic, social, and environmental conditions to empower low-income and poor people to avoid social differences and poverty.

How do you see Egypt’s experience in co-operative housing?

Egypt is a top country in this field. Co-operatives should be integrated and provide all basic services and infrastructure at affordable prices.

In your opinion, what is the most successful country in terms of co-operatives?

What are the ICA’s sources of funding?

How do you see co-operatives situation in the world?

Th whole world has become more experienced in dealing with co-operatives and is currently achieving great success in these projects, much better than in the past. The ICA member states have been achieving their own sustainable development plans before the UN established its 17 sustainable goals, in which only 30% of it has been achieved.

Egypt is not a member in the ICA, but has the Egyptian government requested to join the alliance?

Indeed, Egypt applied to be a member at the ICA and the alliance is currently studying its membership request. We will make the decision soon, may be early January 2020.

How do you see Egypt’s economic reforms?

Recently, Egypt has achieved a great improvement in the economy, especially infrastructure. The country has recently developed co-operative housing as it pays great interest to such kind of housing. For example, in the last few years, the government has built 1.4m co-operative housing units.

In our last visit to Egypt, we visited the New Administrative Capital and we were surprised with the great achievements of the project, especially that 20% of the housing units there are co-operative housing.

Do you think that Egyptian co-operatives will face challenges in financing their projects in the New Capital?

The UN named the year 2012 as the International Year of Co-operatives, under the slogan of co-operatives are the best solution for building housing units. If we increased the awareness about the importance of co-operatives in Egypt and other countries, there wouldn’t be any fear of securing finances for their projects.

What is the main challenge facing co-operative housing around the world?