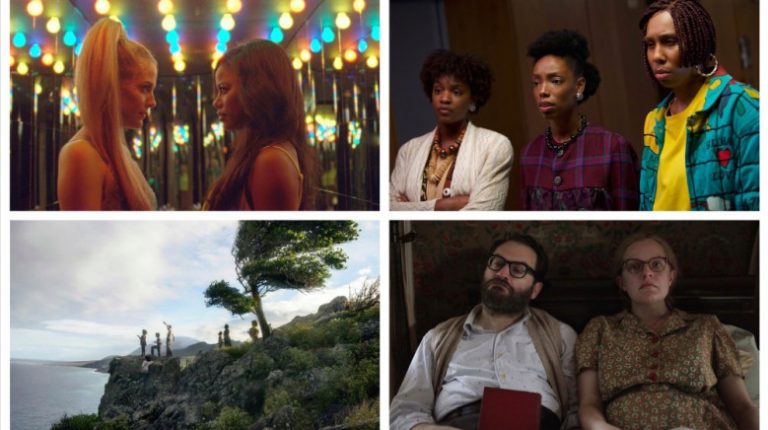 The 2020 Sundance Film Festival announced its programme with selections spanning all sections.

The festival is widely regarded as the largest American independent film festival and is said to be attended by more than 120,000 people and 1,300 accredited press and powered by more than 2,000 volunteers last year.

The festival announced that 118 feature-length films, representing 27 countries and 44 first-time feature filmmakers will be screened.

Robert Redford, President and Founder of Sundance Institute, said, “Independent artists create and enrich global culture. Their art, which we’re proud to present, can entertain – and much more: it can, illuminate, agitate, and empower.”

“This year’s festival is full of films that showcase a myriad of stories to drive change, across hearts, minds, and societies,” Redford added.

Keri Putnam, Executive Director of Sundance Institute said that the festival believes “in diverse stories from independent artists around the world open us up to new perspectives and possibilities – at a time when fresh thinking and dialogue is urgently needed.”

Some 107 of featured films, or 91% of the lineup announced today, will be world premieres, Cooper said.

Films that have premiered in this category in recent years include The Farewell, Honey Boy, Clemency, Eighth Grade, Sorry to Bother You and The Miseducation of Cameron Post. 47% of the directors in this year’s US Dramatic Competition are women; 52% are people of colour; 5% are LGBTQ+.

Among the films is Radha Blank’s The 40-Year-Old which follows a New York playwright who decides to reinvent herself and salvage her artistic voice the only way she knows how: by becoming a rapper at age 40.

Another film is Esteban Arango’s Blast Beat. It follows a metalhead science prodigy and his deviant younger brother as they do their best to adapt to new lives in America after their family emigrates from Colombia during the summer of ’99.

Charm City Kings Angel Manuel Soto will also be screened at the festival. It follows Mouse who desperately wants to join The Midnight Clique, the infamous Baltimore dirt bike riders who rule the summertime streets. When Midnight’s leader, Blax, takes 14-year-old Mouse under his wing, Mouse soon finds himself torn between the straight-and-narrow and a road filled with fast money and violence.

In the US documentary competition, sixteen world-premiere documentaries will shed light on ideas, people, and events that shape the present day in contemporary America. Films that have premiered in this category in recent years include APOLLO 11, Knock Down the House, One Child Nation, American Factory, Three Identical Strangers and On Her Shoulders. 45% of the directors in this year’s US Documentary Competition are women; 23% are people of colour; 23% are LGBTQ+, the festival announced.

A Thousand Cuts by Ramona S. Diaz. In the film, journalist Maria Ressa places the tools of the free press—and her freedom—on the line in defence of truth and democracy. The film investigates the authoritarian regime of Philippine President Rodrigo Duterte.

Be Water by Bao Nguyen takes place in 1971 following Bruce Lee after he got rejected by Hollywood and returned to his parents’ homeland of Hong Kong to complete four iconic films. Charting his struggles between two worlds, this portrait explores questions of identity and representation through the use of rare archival interviews with loved ones and Bruce’s own writings.

In the World Cinema Dramatic Competition, twelve films from emerging filmmaking talents around the world offer fresh perspectives and inventive styles. Films that have premiered in this category in recent years include The Souvenir, The Guilty, Monos, Yardie, The Nile Hilton Incident, and Second Mother.

Charter by Amanda Kernell follows the story of Alice, who, after a recent and difficult divorce, hasn’t seen her children in two months as she awaits a custody verdict. When her son calls her in the middle of the night, Alice takes action, abducting the children on an illicit charter trip to the Canary Islands

In the World Cinema Documentary competition the twelve documentaries by some of the most courageous and extraordinary international filmmakers working today. Films that have premiered in this category in recent years include Honeyland, Sea of Shadows, Shirkers, This is Home, Last Men in Aleppo and Hooligan Sparrow.

One of the films is Acasa, My Home by director Radu Ciorniciuc. It follows nine children and their parents lived in perfect harmony with nature for 20 years–until they are chased out and forced to adapt to life in the big city.