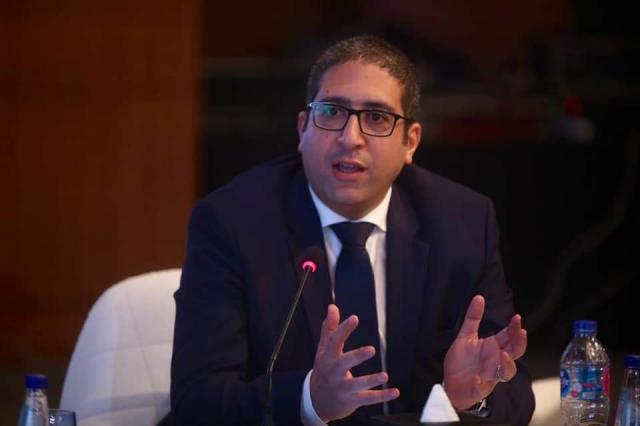 Distance Studio Consultants (DSC) is currently carrying out the comprehensive planning of several projects inside and outside Egypt, including Ras El Hekma in North Coast and two other projects in Abu Dhabi.

The DSC is a company working in the fields of architecture, construction management and supervision, planning, interior design, landscape, roads and infrastructure, and project management, in addition to carrying out major projects in cooperation with major real estate developers.

Can you tell us about the company’s main services?

We began our work in 2000 and the company was turned into a closed joint-stock company in 2006. The DSC is specialised in interior design, architecture, construction, master planning, infrastructure, and roads. We work as an integrated office.

The company presents designs that provides spaces and communities that are functional, comfortable, sustainable, aesthetically pleasing, and expressive of an individualistic personality. The DSC caters to its clients’ needs, yet strives to exceed their expectations. Throughout the process of Concept Development to Construction on the ground, DSC works hand-on-hand with its clients, enabling their dreams of shaping the future to come true.

We are concerned with the physical context of a project, sensitive to the culture and climate of their place. The quest for quality embraces the physical performance of buildings. We are responsible for ensuring that the creativity, products, and management of the projects are completed with high standards and quality.

Does the company have branches outside Egypt?

The company is based in Egypt, but we have four branches in Jeddah, Abu Dhabi, Muscat, and Doha. We also have more than 350 engineers in the company.

Has the company won any awards in architecture?

We have been ranked 188th worldwide by Engineering New-Record (ENR). We have also received the Middle East Economic Digest (MEED) award and the Middle East Architect of the Year. We have also been granted a prize from Majid Al Futtaim Group, besides, the first prize for a hotel design from the Smart Village, and an award from the army-affiliated National Service Projects Organization.

What are the most important projects carried out by the company?

Currently, Egypt is witnessing a significant retrieval in architecture and design market. We are working on several outstanding real estate projects in the current period, namely, Bleu Vert compound which is being developed by Saudi Egyptian Construction Company (SECON) on an area of 70 feddan in the New Administrative Capital (NAC). The compound shall consist of residential, commercial, and administrative buildings. The project has about 2,800 apartments with five different types of finishing. In the project, we work as a general consultant responsible for developing the project’s idea and designs.

Additionally, we develop designs of IL Mondo compound that is being constructed by RFCO for Construction and Development on a land area of 23 feddan (96,600 sqm) in the NAC. The project shall consist of seven residential buildings prototypes, commercial building, and a clubhouse.

Above and beyond, we are working on the Pyramid Hills Phase III by Gocom Investments. The high-end residential compound spans over a land area around 10,000 sqm. The DSC has designed the masterplan and landscape for the land; architecture and structure for twin and town houses.

Moreover, we designed a new commercial project for Vow Developments in the NAC. The project includes fully-finished administrative units with spaces ranging from 48 to 530 sqm to meet multiple customers’ needs. It also includes major meeting rooms with various areas that provide additional services to customers while the roof can be used to provide more services, such as restaurants, gym, and others.

Furthermore, we work on a project within the Cairo Festival City affiliated to Majid Al Futtaim Group. Likewise, we are working on two commercial and administrative projects in the NAC.

Over and above, other projects that have been designed by the company and already delivered include an international school by Emaar Misr in Mivida, another school by Talaat Moustafa Group, Rehab Mall II, the second gate of Madinaty, and a mosque in Hacienda Bay compound by Palm Hills Developments.

In all these projects, we act as general consultant responsible for developing the project’s designs.

In Qatar, we have designed Izghawa Hospital, which is being built over 7,200 sqm land area. Moreover, in Saudi Arabia, we designed some cultural buildings, such as Saudia Club and Genan Mosque.

Are you working now on any projects outside Egypt?

We are currently implementing two projects in Abu Dhabi, at a total cost of AED 2bn, being implemented with a sovereign authority. Moreover, the company is working on more than 18 projects in Muscat at a cost of EGP 4.5bn.

Does the company plan to develop new cities in cooperation with the Egyptian state?

Yes, the company is preparing a masterplan of Ras El Hekma to be built on 55,000 feddan in cooperation with an international office. The compound’s goal is to be a tourist destination operating throughout the year so that it can attract more investments.

Ras Al Hekma’s beaches extend from Dabaa region in the 170 km route to the northwestern coast to 220 km in the city of Matrouh, which is 85 km away.

It has important components, as the region has a waterfront of up to 40 km. It has more than 30,000 inhabitants and already has factories. We are developing an enlargement plan of the city that includes industrial, agricultural, and tourist projects.

The goal of planning is to create urban, integrated, and economically integrated urban communities in order to achieve the goals of sustainable development and to achieve the Egyptian government’s plans of urban expansion to motivate residents to get out of the old cities.

A week ago, we completed the city’s masterplan and presented it to the General Organization for Physical Planning (GOPP) and the United Nations Human Settlement Programme (UN-Habitat), which funds the city planning.

What other projects that the DSC was awarded?

We were awarded a month ago the design contract of a new sustainable city to be built on 33,000 feddan, located in Badr City extension, East Cairo.

Is it possible to implement sustainable development in Egypt’s real estate?

Yes, it is, but the cost is an essential element in building units that save energy and water and environmentally friendly, and green buildings are part of real estate sustainable development.

We cannot blame developers or engineering consultants for not expanding the application of sustainable development in their cities, but the state should take the initiative and apply sustainability in its projects, so the private sector developers can follow.

How do you see Egypt’s real estate market in the current period?

The real estate market in Egypt needs more than 500,000 housing units annually, consequently there is a great demand, but the problem lies in the distribution and segments that are addressed. After floating the Egyptian pound, prices hiked with a stable growth in income and salaries for most society segments.

Residential apartments’ price spiked and therefore customer segments overlapped, thus I believe that it is smart to address B and C segments. Correspondingly, I think whoever will address these segments will achieve major gains. In general, Egypt is witnessing a great recovery that outweighs all Gulf countries and Middle East in the field of real estate and construction. The government efforts and mega projects in real estate helped to encourage the private sector to inject more investments in this field.