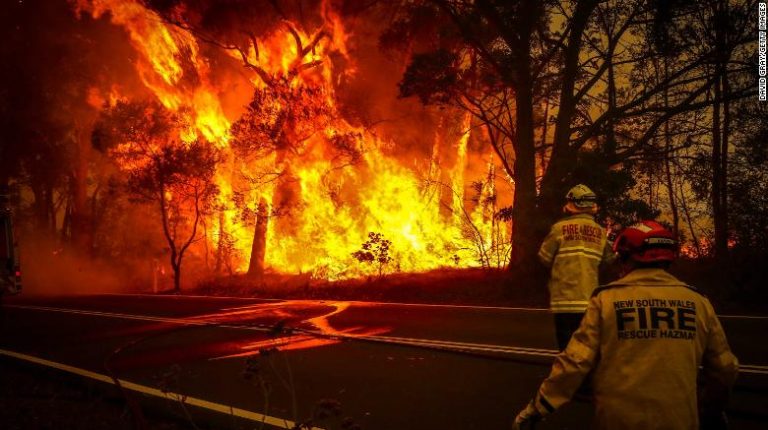 With nine confirmed dead and four still missing since monday, Australia welcomes its New Year with both horror and grief.

Death toll in New South Wales and Victoria has amounted to more than 15, with more than hundred active bushfires ravaging through the region since October, according to the authorities.

Australia has a long history of bushfires, which are a common occurrence there since the “Black Thursday Bushfires” in 1851.

However, 2019 has been deemed as one of the worst bushfires in Australian history with over 5.6 million Hectares of land and 1,100 homes destroyed.

The Australian PM Scott Morrison has rejected calls for changing in his climate change policy and tried to normalize the current disaster in his new year’s speech.

“Whatever our trials, whatever disasters have befallen us, we have never succumbed to panic.” he said. “The generations of Australians that went before us, including our First Australians, also faced natural disasters, floods, fires, global conflicts, disease and drought,” he added.

Scott Morrison went on vacation to Hawaii during the crisis, but as criticism increased he had to cut short his trip to Hawaii. He also stirred controversy when he rejected giving emergency funds to volunteer firefighters, stating that the payments would be equivalent to only 20 days of emergency leave for eligible volunteers, despite weeks of pressure from the community, political rivals and even from his own party.