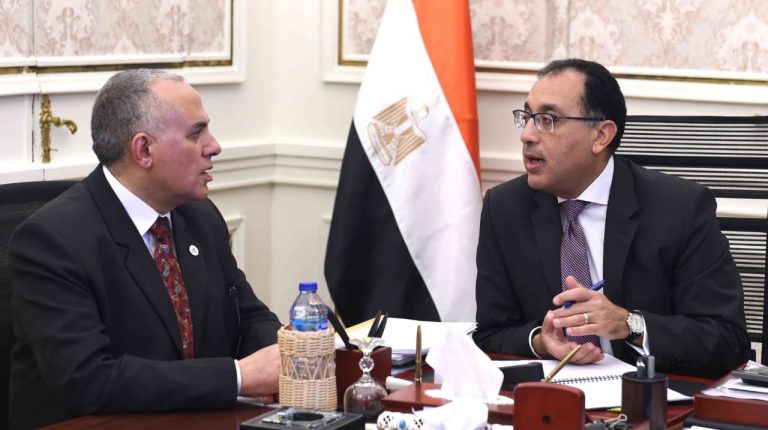 During the meeting, Abdel-Aty reviewed the ministry’s plan of action in 2020-2030 to rationalise water consumption by reducing cultivated areas of rice, and provide the differences in production through higher-yielding species, rehabilitating the sub-canal network, and implementing a modern irrigation system on an area of 5m feddan, in cooperation with the Ministry of Agriculture.

He further pointed out that the Ministry of Irrigation is in cooperation with the Ministry of Housing in a number of topics including seawater desalination and reducing the net loss of drinking water networks.

Abdel-Aty also discussed the timeframe for the national project of moving from surface irrigation systems to modern irrigation.

Regarding rehabilitating canals, he noted that his ministry is studying various alternatives to rehabilitate canals through “lining” and “retaining walls” such as rehabilitating the Al-Nuqra and Shokry IV canals in Aswan, adding that the total length of the canals is 33,542 km.

Meanwhile, the ministers of irrigation and agriculture discussed their plan for cultivating rice in the upcoming season in order to ensure saving water and achieving the highest economic return.