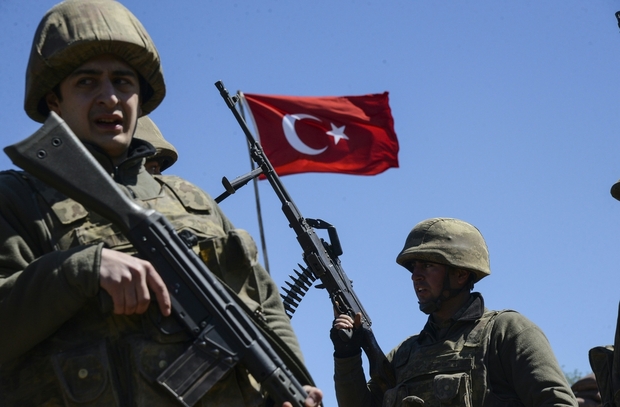 Turkey’s lawmakers are expected to vote on a measure to send troops to Libya in support of the Government of National Accord (GNA).

The vote was supposed to be on 8 or 9 January, but sources from the ruling Justice and Development Party said the move was expedited to Thursday according to Anadolu news agency.

On Tuesday, the Arab League  held an urgent meeting at the request of Egypt to discuss the situation in Libya. The Arab League stressed the gravity of violating the Libyan political agreement and international resolutions in a way that allows “foreign military interference and the transportation of foreign terrorists in the war-torn country,” according to a statement.

Egyptian delegate Alaa Roushdy emphasised “the gravity of Turkey’s recent moves on the security and the future of Libya, and refer to Turkish ambitions in Libya and its wealth.”

Roushdy warned against “the deployment of Turkish troops in Libya and reports of sending terrorist elements and foreign militants to fight in the North African country.”

Reuters cited four Turkish sources on Monday who said that Ankara is considering sending Syrian fighters allied with Tukey to support the GNA.

Last week, UK based Syrian Observatory for Human Rights (SOHR) said that 300 Syrian fighters loyal to Turkey have been transported to Libya, adding that others are training in Turkish military camps for the same purpose.

The SOHR also said that Turkey offered a monthly salary of $1800 to $2000 to every fighter, in addition to other benefits.

In the meantime, a spokesperson for the eastern-based Libyan Arab Armed Forces (LAAF), headed by Khalifa Haftar said that 300 Syrian fighters arrived in Libya to fight on the side of the GNA.

In statements to Al Arabiya news channel, Ahmed Al-Mesmari said on Tuesday that the LAAF forces arrived on the outskirts of al-Hadaba, Tripoli.

The fighting in Libya has escalated in recent weeks since Turkey signed its military, security, and maritime border accords with the GNA on 27 November.

Earlier in December, Haftar ordered to advance towards the centre of Tripoli as part of the “final battle” to control the capital which was launched in April this year.