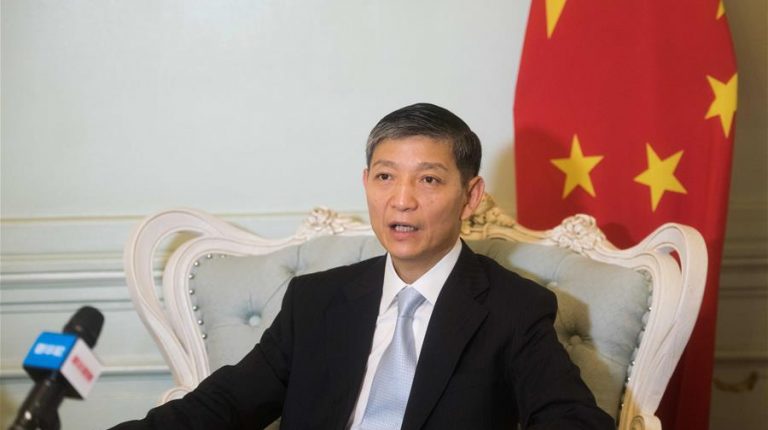 The Chinese embassy to Egypt in conjunction with the Information and Decision Support Centre (IDSC), affiliated to the Cabinet will hold a two-day conference on 8, 9 January to discuss mechanisms of boosting relations with China, said Moustafa Ibrahim, deputy head of the Chinese-Egyptian relations development committee at the Egyptian Businessmen Association (EBA).

The event coincides with the Chinese State Councilor and Foreign Minister (FM) Wang Yi’s visit to Egypt on 7 and 8 January.  Ibrahim told Daily News Egypt, “I’m invited to this event that will include a business dinner on Wednesday while Thursday will witness many workshops and intensive discussions.”

China pays remarkable attention to the Belt and Road initiative, Ibrahim commented, asserting, “Egypt is a key country to successfully implement the Belt and Road Initiative that will take up much of the FM’s discussions.”

Wang’s visit to Egypt is part of a regional trip that includes Djibouti, Eritrea, Burundi, and Zimbabwe from 7 to 13 January, Chinese ambassador to Egypt, Liao Liqiang, said. The ambassador added that the visit will strengthen communication and alignment with the African side to promote joint coordination on the Belt and Road Initiative.

2020 marks the 20th anniversary of the inception of the Forum on China Africa Cooperation (FOCAC) and an important year to implement the outcomes of the 2018 FOCAC Beijing Summit, the ambassador noted.

Wang’s visit comes upon an invitation of the Egyptian Foreign Affairs Minister, Sameh Shoukry. Liqing asserted that it reflects China’s keenness in developing its partnership with Egypt.

Egypt and China will deeply exchange views on international and regional issues, continue close discussions held between Egypt’s President Abdel Fattah Al-Sisi and his Chinese counterpart, Xi Jinping during their past meeting in April 2019, the ambassador noted.

Wang’s planned visit reassures China’s commitment to deepen its communication with African countries and strengthen its relationship with them, the ambassador said.