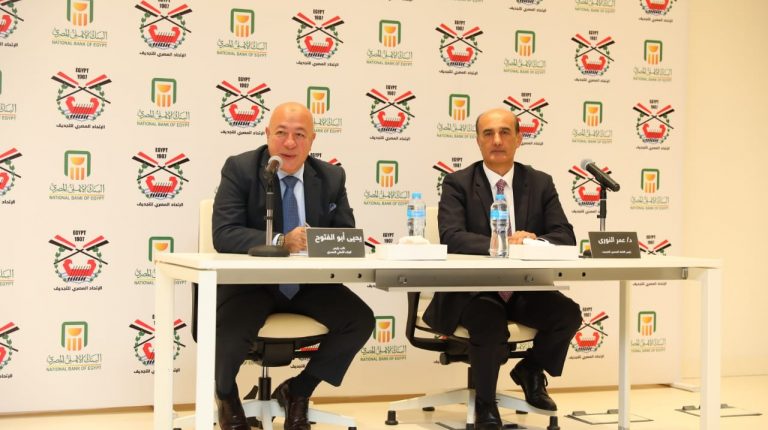 The National Bank of Egypt (NBE) studies the establishment of a new rowing club in Cairo, in cooperation with the Egyptian Rowing Federation, besides its existing rowing club in Alexandria, said the NBE’s Vice Chairperson Yehia Aboul Fotouh.

It came during a press conference held by the Egyptian Rowing Federation last Thursday, to talk about the federation’s achievements in 2019, including winning the 13th African Rowing Championship held in Tunisia, and Egyptian Mohamed Abdel-Khalek Al-Banna’s qualification to the 2020 Tokyo Olympics.

The conference was attended by Aboul Fotouh, and Amr Al-Nouri, head of the Egyptian Rowing Federation.

Aboul Fotouh emphasised that the NBE pays special attention to sports in general, and rowing in particular. The bank aims to attract more young people to practice rowing, so that Egypt’s participation in international and regional championships could increase.

The NBE sponsors most of sports federations in Egypt, in addition to 20 players qualified for the Tokyo Olympics. However, the value of sponsorship contracts varies from one sport to another, as it is calculated according to the needs of each game. The bank also has several teams in various games, including football, basketball, handball, and rowing.

The NBE focuses its support on individual sports, in particular, as Egyptian athletes excel at such games in international championships, yet they do not receive enough support.

Al-Nouri said the Egyptian Rowing Federation, under the sponsorship of the NBE, participated in six international championships, and qualified for the Tokyo Olympics. He stressed that the federation seeks to spread rowing nationwide, and revive the sport in many clubs that halted its activities in the recent period.

Egypt aims to promote indoor rowing locally, and hosts international championships, in addition to adding offshore rowing to the federation, and expanding in talent scouting to empower the national teams.

The Egyptian Rowing Federation also seeks to increase the number or rowing players nationwide to raise the competitiveness of the national teams and clubs at the global and continental levels, as well as adopting international quality standards using modern scientific methods.

For the federation to play this role, Al-Nouri stressed that it needs about EGP 20m in 2020, pointing out that the Ministry of Youth and Sports provides about EGP 900,000 only to the federation, besides further financial support when participating in world championships. Therefore, the NBE and other institutions that sponsor rowing have a major role in supporting the game.