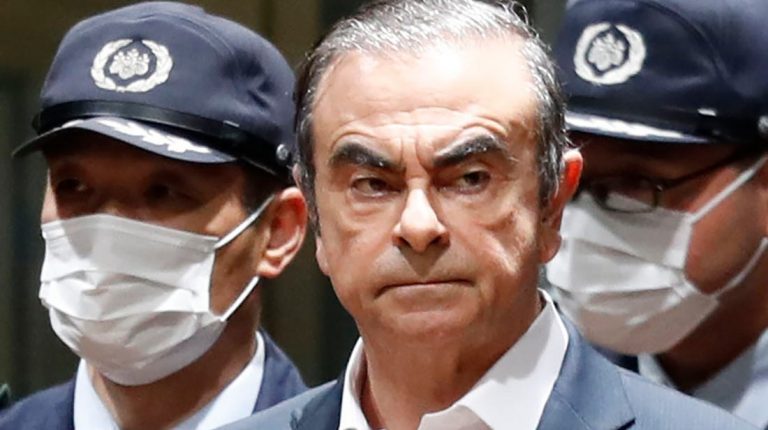 Japan ordered tighter migration procedures, on Sunday, in the wake of the escape of former Nissan chairperson Carlos Ghosn after his release on bail, in the first official reaction to the surprising incident that turned Ghosn into an international fugitive.

Ghosn revealed on Tuesday that he fled to Lebanon, where he spent his childhood, to escape what he described as a “rigged” judicial of financial violations.

Former boss of Nissan and Renault faces several charges of financial wrongdoing and was arrested in Tokyo in November 2018. Ghosn denies all charges.

Japan’s Justice Minister Masako Mori said in a statement that Ghosn’s “apparently illegal” departure was very unfortunate, noting there was no record of his departure from Japan. She promised an extensive investigation to uncover the truth and said that the authorities had issued an international warrant for his arrest.

“I have instructed the Immigration Services Agency to coordinate with related agencies to further tighten departure procedures,” Mori said, adding that Ghosn’s escape after his release on bail cannot be justified, and the court overturned the decision to release him.

Prosecutors in Japan defended in a separate statement from the country’s judicial system and said that leaving Ghosn was not filled with the legal system and amounted to crime.

The Japanese authorities remained silent for days after Ghosn escaped, with all government offices and most companies closed during the New Year’s holidays.

But it is not yet clear what Japan can do to return him, as it has not concluded extradition treaties except with the United States and South Korea, which means that it may be difficult to return him from Lebanon.

A few days ago, the Lebanese authorities said that they had received an arrest warrant from the Interpol against Ghosn and he had entered the country legally.

A senior Lebanese security official said it was not yet clear whether Ghosn would be summoned for questioning over the warrant, but added that Lebanon does not extradite its citizens.

Japanese prosecutors said that the Japanese legal system guarantees all defendants a speedy, public and fair trial and defended the detention of Ghosn for more than a hundred days, saying that it was on the basis that Ghosn “has an expanded network at home and abroad and can extend his considerable influence to conceal evidence.”