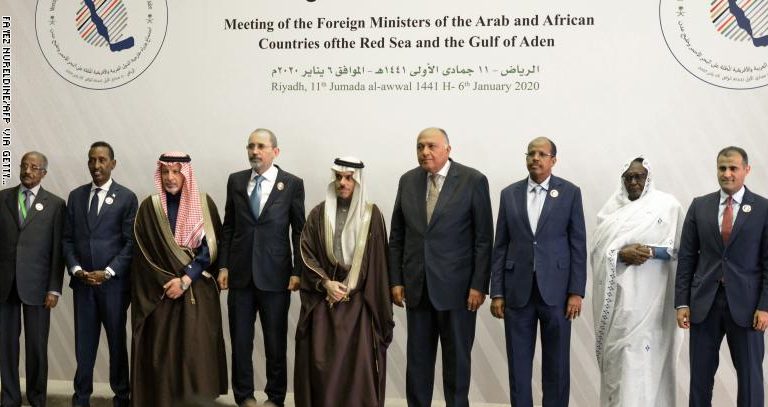 The Red Sea Council grouping Arab and African countries overlooking the sea is important to protect wealth and security of this area, said the political expert Abdel Moneem Al-Saeed.

A founding charter of the Council of Arab and African States Bordering the Red Sea and the Gulf of Aden was signed during a ministerial meeting in Riyadh.

On Sunday, Egypt’s Foreign Minister Sameh Shoukry and his Arab and African counterparts of Saudi Arabia, Jordan, Djibouti, Sudan, Somalia, and Yemen signed the charter of the council.

The entity should act as a mechanism to safeguard the countries’ interests and enable them to collectively face challenges in their shared waterways.

Saeed, director of the Regional Centre for Strategic Studies, suggested that idea came to bond states on the sea together, to help them  to moderate sharing of wealth, be able to confront terrorism movement in Africa, such as the Islamic State militant group in Somalia, and help them monitor Gas and oil movement.

The expert said that idea is similar to the establishment of East Mediterranean Gas Forum, which would not have been established without Egypt signing demarcation of the border with Cyprus, explaining that also the Red Sea Council would not have been signed except after agreement was signed between Saudi Arabia and Egypt in 2016.

He also suggested that establishment of the Red Sea Council had a relation with presence of Turkish military base and would be Arab response to what some regional countries interfere in other affairs of neighbouring countries.

Previously, King Salman of Saudi Arabia suggested creating an entity bringing together the countries bordering the Red Sea and the Gulf of Aden.

The Egyptian and Saudi ministers discussed cooperation between the two countries, as well as the rapid developments in the region, including Libya.

The ministerial meeting of the African and Arab States bordering the Red Sea and the Gulf of Aden is being held today to tackle political, economic, and security issues. They also discussed ways of confronting foreign interference in the strategic waterway.