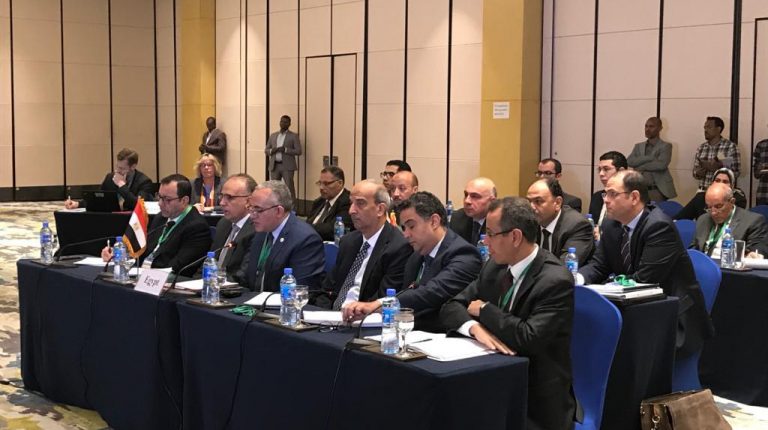 Egypt’s Minister of Water Resources and Irrigation Mohamed Abdel Aty said on Wednesday that the main technical components of the final agreement between Egypt, Sudan, and Ethiopia on the Grand Ethiopian Renaissance Dam (GERD) were almost reached during the previous three meetings.

In his speech before the ministerial meeting of water ministers of the three countries in Addis Ababa, Ethiopia, Abdel Aty added that these components include the stage which enables Ethiopia to generate hydroelectricity and achieve development, and procedures for decreasing impacts of drought periods that may accompany the period of filling GERD’s reservoir.

According to the Egyptian minister, the components of the agreement include also fair operation rules that enable Ethiopia to generate sustainable electricity, keep the High Dam operating well at the same time, and finally creating an effective tool for coordination between the parties to implement the agreement.

“I feel we had agreed on these main components of the agreement, and our differences centre around how to express these components and some numerical values related to some definitions; such as the limits of drought and some water drainage from GERD in different hydrologic conditions,” said Abdel Aty.

He added that the parties are able to fill the gaps between each other on these issues and reach a fair and comprehensive agreement on the filling and operating of GERD in accordance to the 2015 declaration of principles.

The minister stressed the necessity of protecting the downstream countries from the potential negative impacts of GERD, expressing hopes for integration between GERD and High Dam.

Abdel Aty said that an agreement on procedures for decreasing impacts of the drought periods is necessary, as Egypt is already suffering from annual 21billion cubic metre water shortage, equal to what Egypt makes from treating sewerage and agricultural drainage. He said that Egypt’s water use efficiency is more than 85%.