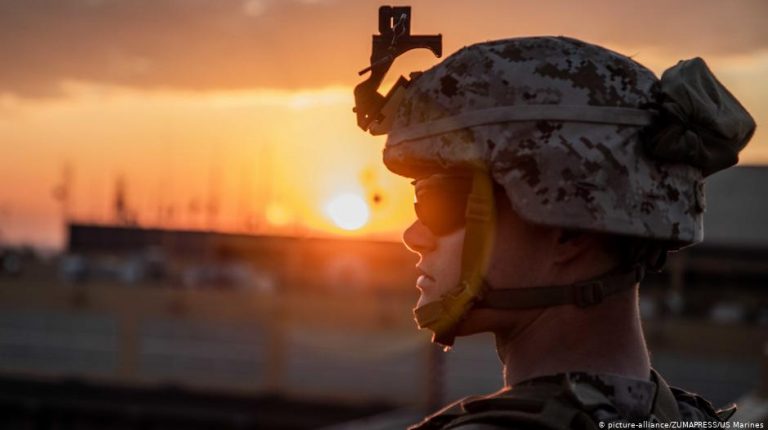 Iran has fired more than a dozen rockets at two military bases hosting US soldiers in Iraq early on Wednesday in retaliation to the assassination of prominent Iranian military leader Qassem Soleimani.

Soleimani was the head of Iran’s elite Islamic Revolutionary Guard Corps’s (IRGC) Quds Force and mastermind of its regional influence in the Middle East until he was killed last week in a US airstrike in Baghdad.

According to Iranian state media, Iranian forces have fired 15 missiles targeting the Ain Al-Assad base in Anbar province and a base in Erbil.

Iranian media claimed that “some 80 US army personnel have been killed and nearly 200 more wounded in Iran’s missile attacks om Wednesday,” but the US denied any casualties among American forces.

Following the attacks, Iranian President Hassan Rouhani told the US that “You cut Soleimani’s hand from his body, your foot will be cut from the region,” Rouhani said in Tehran on Wednesday after a cabinet meeting, cited Iran’s Fars news agency.

The IRGC issued a statement warning the US to avoid retaliating against the Wednesday attack or else “it will face a more painful and crushing response.” IRGC also warned all US allied states in the Middle East that they may be attacked if they allow any hostile or aggressive action against Iran.

The statement said that the IRGC would launch a third wave of attacks to destroy Dubai and Haifa. Washington has military bases in all the Gulf states, making these Arab countries a direct target for Iranian missiles.

The US Pentagon confirmed the Iranian attacks, but said that there were no American casualties. The Iraqi army also issued a statement saying that 22 missiles were launched on the Ain Al-Assad air base and a base in Erbil between 1:45am and 2:15am, but there were no casualties among Iraqi forces.

US President Donald Trump tweeted that he will give a speech on the Iran’s Wednesday attack, reminding Iran and the world that his country owns “the most powerful and well equipped military anywhere in the world, by far!”

On Wednesday, the Iranian Minister of Foreign Affairs Mohammad Javad Zarif wrote on Twitter that “Iran took and concluded proportionate measures in self-defense under Article 51 of the UN Charter, targeting [the] base from which a cowardly armed attack against our citizens and senior officials were launched.”

Zarif stressed that his country “does not seek escalation or war, but will defend ourselves against any aggression.”

Iran’s Supreme Leader Ayatollah Ali Khamenei said the US should withdraw from the Middle East describing the Iranian missile attacks on US targets in Iraq as “a slap on the face” for America.

“For the time being, the Americans have been given a slap, revenge is a different issue. Military moves like this are not enough. The Americans’ corruption-stirring presence should come to an end,” he said in a televised speech.

Following the attacks, all flights have been cancelled at Erbil airport. Spain a NATO member, said it has withdrawn some of its troops from Iraq, India and Pakistan issued travel warnings on Iraq, and the Philippines ordered a mandatory evacuation of Filipinos in Iraq.

After the Iranian warnings of attacking Haifa, the Israeli Prime Minister Benjamin Netanyahu said that “whoever tries to attack us [Israel] will be dealt the strongest blow.” He stressed further that Tel Aviv stands completely beside Trump’s decision [to kill Soleimani].

The United Arab Emirates which is also under the Iranian threats called for de-escalation as a wise and necessary choice for all parties.