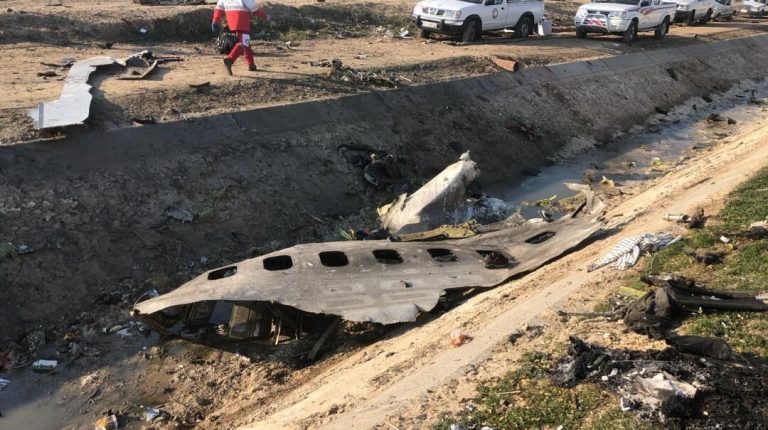 Iranian news media and Ukrainian officials confirmed that a Ukrainian plane with 176 passengers crashed on Wednesday, with an initial report saying the plane was experiencing engine failure shortly after takeoff at the Imam Khomeini airport in Tehran. Unfortunately, there were no survivors.

The plane was a Boeing 737 from Ukraine International Airlines. The crash happened near the airport and caught fire.

The Ukrainian embassy in Iran said, based on preliminary information, that the plane had suffered a malfunction in the engine, adding that the crash was not “terrorist act.”

Ukrainian president Volodymyr Zelenskiy said all those on board had died. “My sincere condolences to the relatives and friends of all the passengers and crew,” he said in a statement. He added that Ukraine would test the airworthiness of its entire civilian fleet of aircrafts.

Under international policy, Iran has responsibility for investigating the crash.

Iranian TV announced that the accident was the result of technical faults, without giving further details. State broadcaster IRIB said on its website that one of the plane’s black boxes – the flight data recorder and cockpit voice recorder – has been found.

Iranian media quoted an Iranian aviation official as saying that the pilot had not declared an emergency.

“The fire is so heavy that we cannot commit to any rescue… we have 22 ambulances, four bus ambulances, and a helicopter at the site,” Pirhossein Koulivand head of Iran’s medical services, told Iranian state television.

Iranian state TV and Ukraine’s prime minister said 167 passengers and nine crew members were aboard. Iranian TV reported that 32 of them were foreigners.

Ukraine International Airlines said that the Boeing 737-800 is one of the best planes in its fleet, and that there were no signs of anything wrong before takeoff. The company also mentioned that the plane had its last routine checkup 6 January.

Flight Radar 24, a tracking website, indicates that the plan was en route to Kiev and that it is a Boeing 737-800NG and is only three years old.

A Boeing company spokesman said the company was aware of media reports of a plane crash in Iran and was gathering more information.

The company prevented the flight of its 737 MAX fleet in March after two Airbus planes crashed, killing a total of 346 people.

The strategic plane: Russia in the Mideast energy cauldron