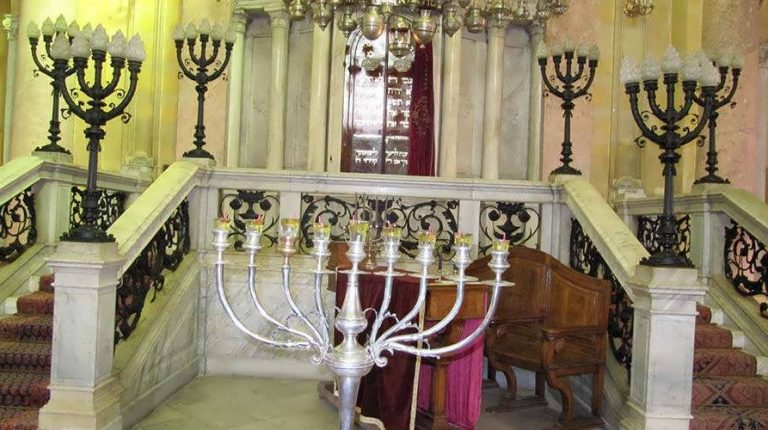 Three years ago, walking by Alexandria’s Jewish synagogue Eliyahu Hanavi felt more like sneaking into a construction site. It was almost impossible to walk past without tripping over time strewn rubble and debris. The crumbling walls, the timeworn poles, and the faded wooden architecture once looked beyond saving, but after a much-needed face lift, the synagogue has become a beautiful addition to the timeless beauty of Alexandria 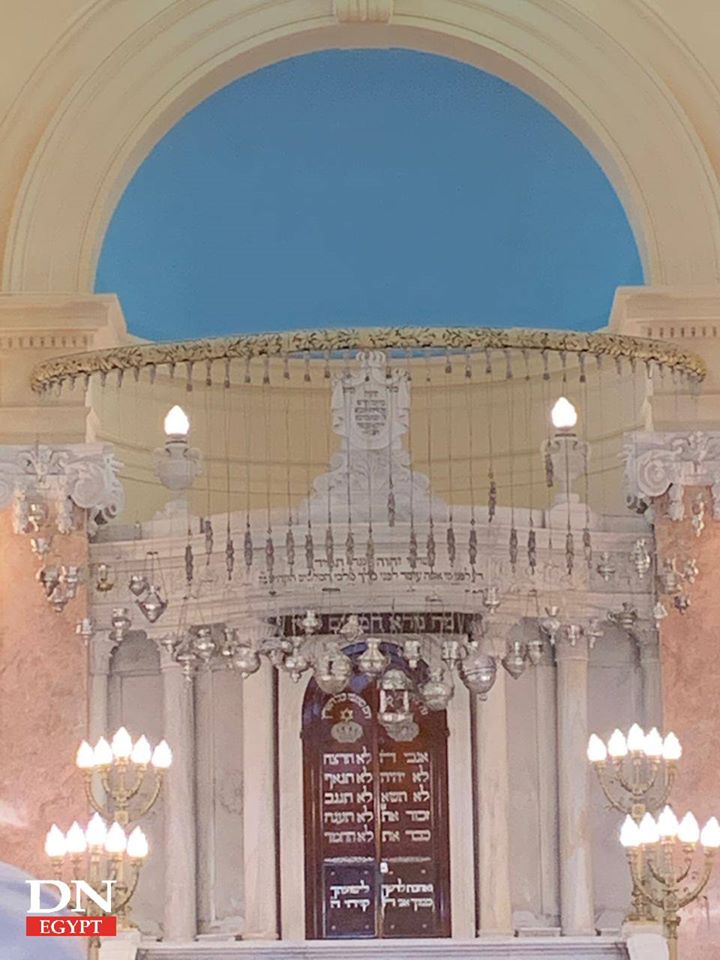 The Minister of Tourism and Antiquities, Khaled Anany, reopened on Friday the six and a half centuries old Jewish synagogue after two years of intensive restoration work. The opening came as a part of Anany’s tour in the city, in which he followed the restoration of two of the oldest houses of worship in the city.

The Jewish synagogue is located in the heart of charming Alexandria, in a a neighborhood once considered working class, Kom El-Deka.

Built over 4200 metres, the ancient synagogue is one of the only two synagogues located in Alexandria, and one of the only 11 Jewish buildings in Egypt. Eliyahu Hanavi is believed to be a Hebrew prophet.

As one of the oldest Jewish houses in Egypt, Anany stated that reopening the Eliyahu Hanavi synagogue is considered a message to the whole world “that the Egyptian government cares about the Egyptian heritage of all religions.”

The synagogue was built in 1354. However, it did not survive Napoleon Bonaparte’s invasion of Egypt in 1798, and was badly damaged during one of his attacks. Under Mohammed Ali Pasha’a ruling era, the royal family funded and directed the renovation of the synagogue, presenting to the world its beauty since the 1850s. 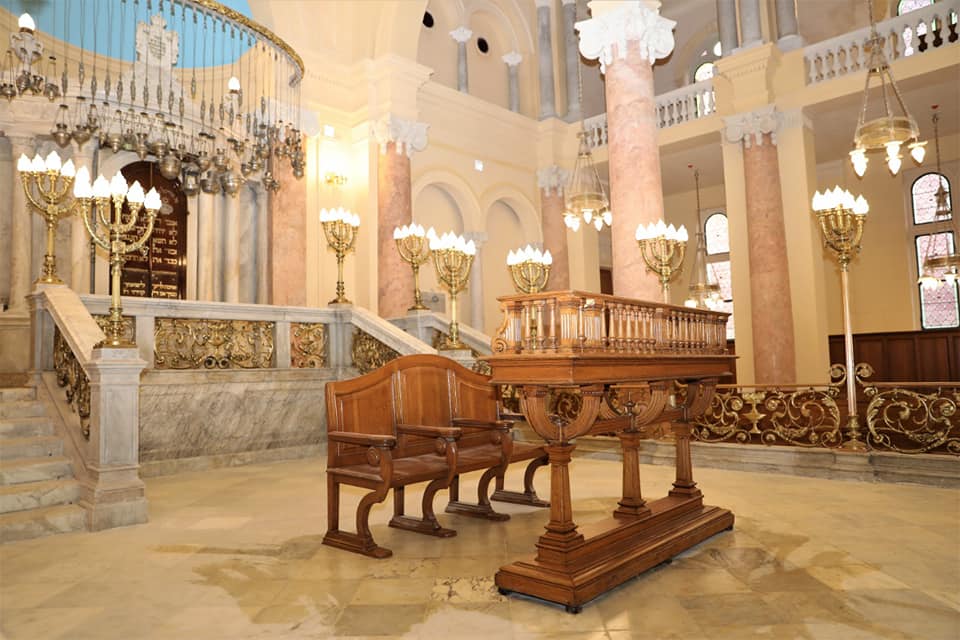 Eliyahu Hanavi synagogue was added to the list of the World Monuments Fund’s list of monuments at risk three years ago just before it underwent restoration. This came as the result of rainwater leakage that started around seven years ago, causing the women praying area upstairs to be destroyed. The synagogue’s condition further deteriorated after a part of its roof collapsed.

The Ministry of Antiquities announced the latest renovation plans in mid-2017. With the cooperation of the Armed Forces Engineering Authority, it allocated EGP 62m for the synagogue rehabilitation.

The restoration included filling in cracks in the wall, the chandeliers, wooden chairs that can hold up to 700 persons, and the marble donation boxes which were made for the Jewish community to financially support each other. It also included installing flame retardant lighting systems, as well as repairing the mosaics decorating the walls, windows, and floors.

The house includes one of Egypt’s rarest religious museums that holds 50 ancient versions of the Taurat.

It was once one of the most active religious houses for Jewish people in the previous century, especially when the community was flourishing in the 1940s, with almost 80,000 Jews in Alexandria. The community, which currently consists of less than 20 people,

considered the restoration of their house of worship a complete accreditation and revival to their almost vanishing community.

Does the court ruling on Jewish mouled flout the constitution?