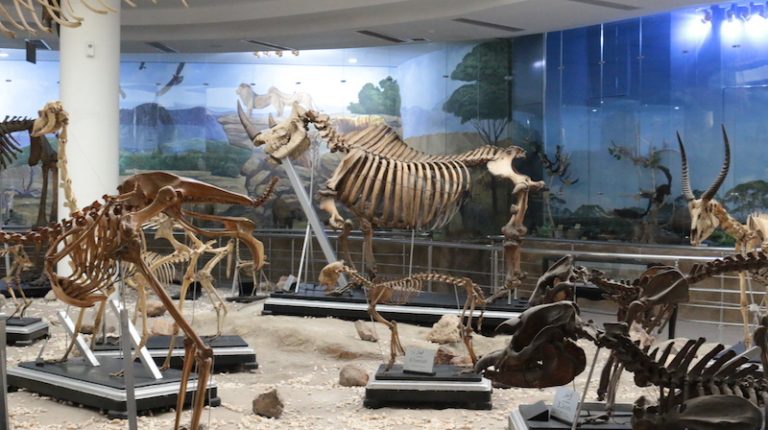 Giza Zoo is the second oldest and largest zoological garden in the world. It was described as the jewel of the African zoological crown. Two out of five most mesmerising places in the zoo are open to the public. The other three are closed, only to be opened for special occasions. These places include caves, artificial streams, and the Eiffel bridge.

The zoo was established by Egypt’s Khedive Isma’il Pasha in 1891. Although the zoo lost its membership in the World Association of Zoos and Aquariums in 2004 (WAZA) for ignoring the recommendations of WAZA inspectors, the zoo still boasts the greatness of the Khedive era in Egypt.

It was bridge was built 10 years before the world-famous Eiffel Tower, designed by the same engineer Alexandre Gustave Eiffel.

Eiffel, who was famous for building the most important and largest metal constructions, built the bridge on two large artificial mountains, specially designed for the bridge. 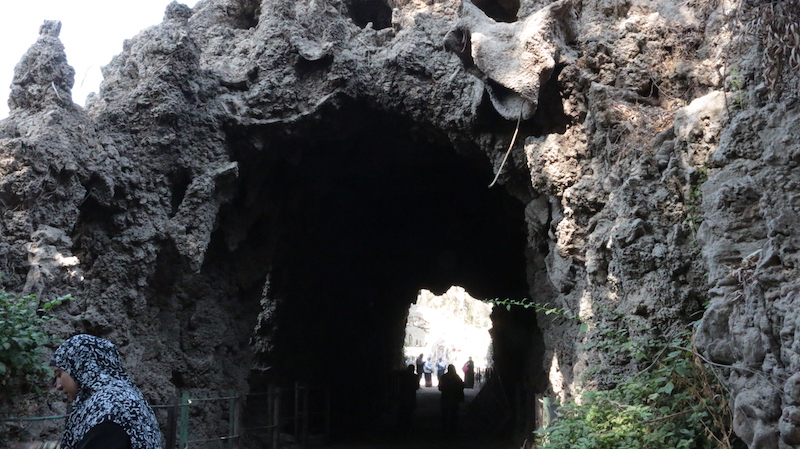 The bridge was designed to be the highest point in the garden in order to allow its visitors to witness the entirety of the zoo and its rare plants.

The bridge has two entrances which are closed by two large iron gates on both sides. Above each gate, there is a logo picturing Khedive Ismail, topped by the royal crown.

Gablet El Shamadan (Mount of Candlesticks) and the wishes cave

The artificial mountain was created by a Turkish engineer in the era of Khedive Ismail. Its entrance is characterised by a group of sea snails. It has a cave decorated to be like the bottom of ocean. There are also candlesticks hanging from the roof. It has a few chairs made of stones and decorated with engraved tiles.

The artificial mountain is one of the most beautiful sites in the zoo. The coral reefs of which the mount was made came from the Red Sea. The place was designed in the form of a maze, full of caves and paths, so that visitors can feel as if they are on an adventure trip surrounded by rare trees.

In order to keep the coral reefs alive, the cave contains small waterfalls. Inside the mount, there is a cave which houses the King’s Chair, a beautiful chair with a crown carved on its head and faces a statue of a lion aimed for protection. The cave also used to have two mirrors reflecting the entrance of the cave. 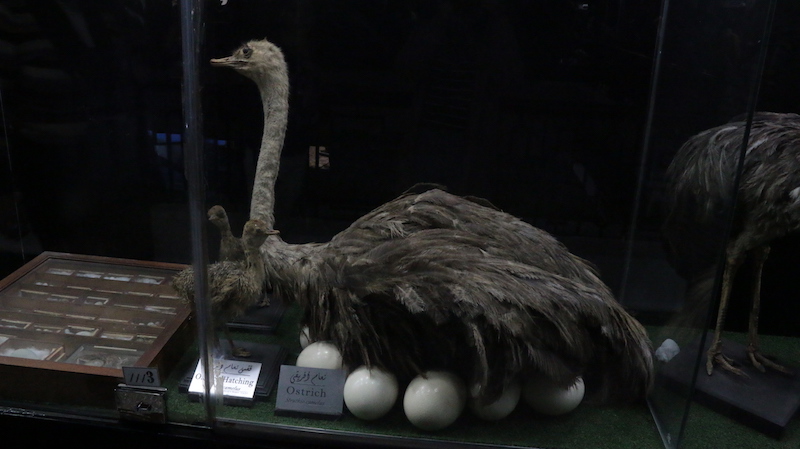 The museum, which consists of three floors, displays mummies of hundreds of animals, reptiles, birds, and insects. The museum is the only one in the Middle East and Africa that exhibits mummies of rare and even extinct animals.

Once the museum’s visitors get to the second floor, they witness the mummy of a rare white deer, a species of deer that use to roam the Nile Valley 100 years ago.

The museum also displays a pharaonic mummy of the Sobek, an ancient Egyptian deity, which is associated with the Nile crocodile. The Sobek is represented either in its animal form or as a human with a crocodile’s head. Sobek was also associated with pharaonic power, fertility, and military prowess, but served additionally as a protective deity with apoptotic qualities, invoked particularly for protection against the dangers presented by the Nile.

The booth acts as a photo gallery for the park, having pictures of the garden’s most important visitors such as foreign presidents and famous art and sports figures.