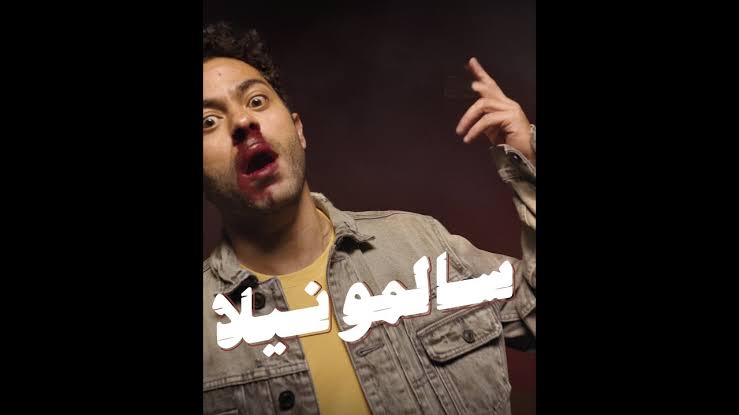 In further escalation on the “Salmonella” case, a decisive song produced by young Egyptian singer Tamim Younis, the National Council for Women Rights (NCWR) submitted complaint to Google to stop broadcasting the song, and to remove it from all sites. However, the music video has already reached thousands of viewers and shares.

The NCWR described the song as an insult towards women and highly disrespectful, stating that it promotes bullying and incites violence against women. The NCWR also stated that it violates the Media Honour Code and the Professional Conduct Code of 2017.

The video was released on 1 January and young social media users have already shared it thousands of time. The song features insecurities of some eastern man when they get rejected by a woman.

The council also said that the mere circulation of the song is considered an insult and slander. They added that hosting the video is punishable by the Criminal Code of Egypt as it is full of inappropriate expressions and words that negatively impact public morals.

It said that the publishing policies stipulate that online sites adhere to a number of rules, especially those that prohibit the publication of hateful content that support and justify violence against any member of society.

NCWR warned of the impact of some media content in Egyptian society, which has recently suffered from challenges related to confronting violence against women.

Younis, the protagonist, starts off the song telling the story of going to a café and meeting a woman there. The next day, he returns to the café to introduce himself and to ask for her phone number, which she politely rejects. It is at this point that the message of the music video comes about; after the rejection, Younis starts to threaten the young woman and attempts to damage her reputation. He wishes Salmonella on her, tells her that he hopes she gains weight, and starts advertising her flaws, all because she didn’t to give him her number.

The singer also mentioned that he would have done amazing things for her if she accepted his request like buying her a jewellery, and a nice apartment, cook for her, and get her flowers.

The song stirred controversy on social media, with those that believe that the video humiliates women and actually encourages its viewership to commit such violence, and others that believe that it supports respect towards women and makes insecure men the butt of the joke.

Responding to a huge wave of critics, the singer said, on an online video, that his song does not carry any negative message towards women, but that it actually makes fun of insecure men that get rejected.

He added that he could not mention this in the description because it would have spoiled the surprise in the music video.

Younis concluded that his song is funny and he is just joking and he will never stop.

The council said that the song’s topic is a societal issue that the state has been working on for a long time now.

Rabab Abdo, a lawyer working at the Egyptian Association for the Assistance of Juveniles and Human Rights, said that the song became a trend despite it really offending women.

She said that media, art, and community should create awareness so that every girl knows what is acceptable action and what is not, and how she can use the law to guarantee her rights.

Abdo said that society needs to change its thinking and do away with the normalized violence towards women, so we may have a society that respects ethics and castigates any sort of harassment.

Moreover, Lawyer Nihad Abu Al-Qumsan, head of the Egyptian Centre for Women’s Rights, attacked the song, explaining that it was sexist against women and diminishes her rights.

She continued that “it is a crime that includes a message of hate against women who work in a country that does not have a media code of ethics, or a law that protects people against discrimination.”

The prominent writer Medhat Al-Adl rejected the accusation that the song incites violence against women, saying the song is funny,  and that young talented singer is only joking.

Most female social media users rejected the song in their comments, saying it is harassment, while many other females loved the idea and considered it an explanation of what they face when they encounter male stalkers. The majority of men in the comments supported it and said that the song is really great and funny.

Deena Mohamed said, “The song is a very good example showing how many women are pressured by men and shows how they could be harmed in case they try to escape.”

Hana Youssef said, “I can’t understand why people are upset over this song, while the singer emphasises the fact that men turn into aggressive ones when they are rejected. The signer just used humour as his way of presenting  his idea.”

Mariam Hathor said, “The song would have consequences if not taken with the supposed intention.

Mohamed Tarek said, “sarcasm is one of the ways to object things we don’t like, those who have a sense of humour and take things lightly will appreciate it. As with anything, some people will love it and others will hate it!”

Two women posted on accused Younis with sexual harassment on their Facebook accounts. They claimed that he had touched them inappropriately.

The young singer did not respond directly to these allegations. However, on Sunday, he wrote a Facebook post thanking his fans for the support and confirmed that he is open to criticism. He also said that he strongly refuse the false personal accusations without telling what type of accusations.

On his social media accounts, the artist is reposting other people’s reactions to his song, which shows fans, which majority are women, singing and dancing to it.