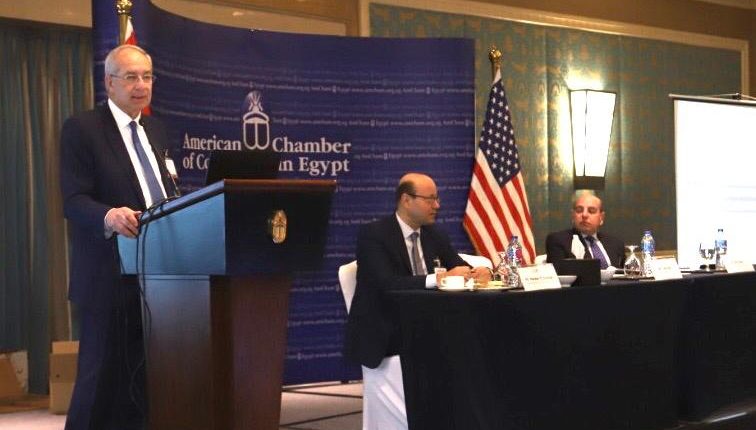 The Suez Canal Economic Zone Authority (SCZone) discusses with the cabinet offering new tax incentives for investors of the Zone, Chairperson of the SCZone Yehia Zaki told Daily News Egypt, over his participation in the event organised by the American Chamber of Commerce (AmCham) on Sunday.

Several international investors are keen on doing businesses at the SCZone, Zaki mentioned, adding that Mercedes applied for the establishment of a logistics zone, and both sides are expected to reach an agreement before the end of the first quarter of 2020.

SCZone is negotiating with several investors to establish factories at the SCZone, Zaki said, expecting the SCZone to reach an agreement over three new factories before March.

“Investments are focusing on the automotive field and industries,” Zaki noted, asserting that his authority will conduct several investment promotion tours to Asian companies, specifically China, in addition to European and African countries.

The SCZone will focus on improving the legal framework for investments and strategies in the zone over the next five years, in line with the country’s 2030 strategy that pays attention to the diversity of economic activities.

Zaki mentioned that President Abdel Fattah Al-Sisi will inaugurate the Zone’s Economic Conference in Galala City on 7th of March 2020. He noted that one day ahead of Conference, a tour will be organised in the Zone to closely identify the zone’s developments.

He said that the SCZone will establish a subsidiary company to be the commercial arm of the zone, clarifying that, “the new company will be responsible for boosting the investments of the zone. We won’t wait for the investments to come, but we will study the mechanisms that can push them forward.”

The SCZone will work more on boosting the connectivity between the areas of the Zone including the East and West Port Said as well as between the North and South the Zone, Zaki asserted, noting that several projects that aim to increase connectivity will be announced soon.

Zaki said that there are many competitive advantages in the zone, especially after the incentives offered through the New Investment Law, adding that the, “SCZone is working on improving the decision-making process. We have the full support of President Al-Sisi and Prime Minister Mostafa Madbouly.”

The industrial zones at the SCZone include 247 operational establishments, 14 industrial developers on an area of 239 square km, with $17bn in investments.

Zaki asserted that 2020 will witness the activation of the Russian Industrial Zone in East Port Said, adding that the proposal of establishment of a Japanese zone is still under consideration.

“Over the next five years, we will focus on engineering industries and petrochemicals sectors. We will finalise a study for the targeted sectors and their perfect areas at the SCZone,” Zaki noted.

The maritime sector is aggressively expanding in the Middle East and North Africa. “We’re not in the best situation as a country scale. We are discussing with the Cabinet and Ministry of Transportation how to improve the attractiveness of maritime trade in Egypt. We aim to be at the centre of this sector,” Zake said.