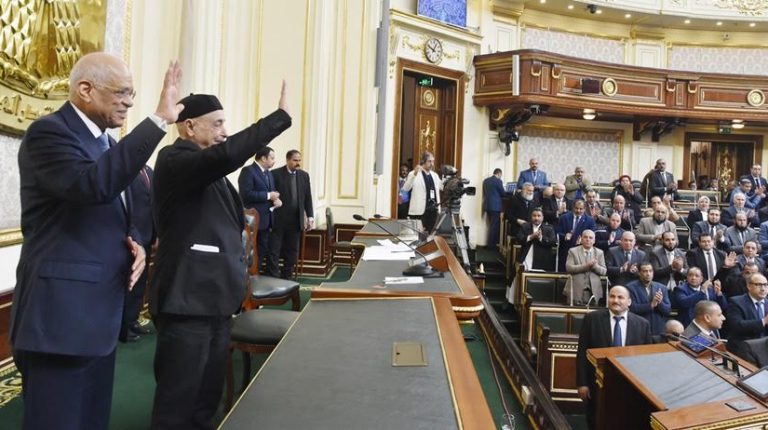 Libyan parliament speaker Aguila Saleh said on Sunday that Libya may call on the Egyptian Armed Forces to help Libya if a foreign force interfered in the North African crisis.

Saleh attended a special session in the Egyptian parliament to discuss the Libyan crisis. “Libya counters fierce attacks and blatant interference from some parts, including Turkey,” he said.

In response, Egyptian parliament speaker Ali Abdel Aal said Egypt prefers a political solution to a military one, however, Egypt will face any threat to its national security.

Also on Sunday, Egypt’s President Abdel Fattah Al-Sisi met with President of the European Council Charles Michel during the latter’s first visit to Cairo, according to the presidency spokesperson.

Both officials discussed regional and international issues of common interest, in particular the Libyan crisis.

“The situation in Libya was at the core of our discussion. The Berlin Process is the only way forward. Dialogue and negotiations are needed more than ever,” Michel said on Twitter.

The pair agreed on reaching a comprehensive political settlement to the Libyan crisis in a manner that maintains its national institutions, protects its sovereignty, and puts an end to illegitimate foreign interferences to restore its stability and meet the aspiration of its people.

During the meeting, Michel praised Egyptian efforts in fighting illegal immigration, terrorism, and extremism. For his part, Al-Sisi expressed his readiness for bolstering bilateral cooperation to tackle these challenges.

Earlier, Michel met with Turkish President Recep Tayyip Erdoğan in Istanbul. During the talks, Michel welcomed Erdoğan’s joint statement with Russian President Vladimir Putin on a ceasefire and support for the Berlin process, according to an EU statement.

Moreover, the eastern-based Libyan Arab Armed Forces (LAAF) on Saturday declared a ceasefire in western Libya starting from Sunday 12 January. The ceasefire came after the LAAF said it captured on Saturday the coastal city of Sirte, and some surrounding areas, including Al-Qardabiya airbase.

Earlier this month, Turkish parliament approved a bill that allowed the government to deploy troops to the war-torn country in support of the UN-backed Government of National Accord (GNA) in Libya.

On 27 November 2019, Turkey and the GNA signed two memoranda of understanding for military and security cooperation.