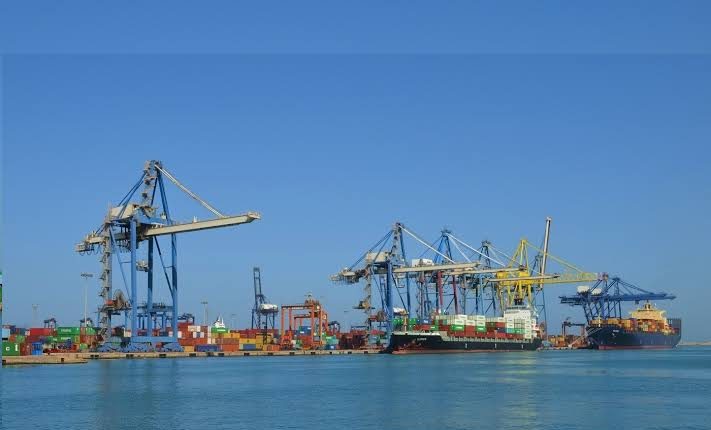 Analysts expect major growth in the logistics sector due to a number of planned government projects related to developing transport and shipping companies in addition to establishing dry ports and logistical areas around the country.

The Ministry of Public Business Sector has started it “Gosour” (bridges) project which aims to enhance intra-continental trade between Egypt and the rest of Africa, and at the same time, the Ministry of Transport is studying the establishment of a dry port and a logistic centre on an area of ​​400 acres in 6th October city.

There are also possibilities of improving the transport sector’s operational performance, which can lead to major growth next year.

Mariam Wael, an equity financial analyst at Pharos Securities, said in a research that the announced revenues of the Alexandria Container and Cargo Handling Company’s (AlexCont) stake offering indicates a much higher evaluation than the market price and fair value, which may make it difficult for the government to reach its target price.

She explained that the revenue from the offering will be determined according to the timing of the offering, which is still uncertain until now. A fair value for the share was determined at the end of last month estimated at EGP 13.5, compared to a closing price of EGP 10.6 at the time.

Wael said that the return on the coupon during the fiscal year 2019-2020 will be 7.3% according to the company’s profit distribution policy of periodically distributing 60% of the profits and moving only 40%, which makes it the best among its counterparts on that matter.

AlexCont recorded a net profit of EGP 523.86m since the beginning of July until the end of October, compared to EGP 671.38m profits during the same period last fiscal year, with a decline of about 21.9%.

The company’s revenues decreased in the first four months of the current fiscal year to reach EGP 864.03m by the end of September, compared to EGP 945.33m during the same period last fiscal year.

She explained that with the high service fees -supplied in dollars- that started on March 2019, did not improve revenue due to the rise in the pound’s value at the same time, in addition to the growth of the company’s costs at the same inflation rates of the pound. This also comes in conjunction with the lack of revenue growth due to the strength of the local currency.

She said that this happens with the continued growth in the volume of liquidity flows in fiscal year 2019/2020 and 2020/2021, in light of the length of time for the berths deepening project. Expansion works are expected to add an annual growth of 10% in the number of containers starting from 2021/2022.

She expected that the appreciation of the pound would lead to weak levels of profitability and further deflation of margins, despite the recovery in volume growth after the easing of restrictions on imports, and the improvement of trade activity.

She explained that she estimated a low exchange rate for the Egyptian pound against the US dollar in fiscal year 2023/2024, reaching EGP 17.21 per dollar, compared to previous estimates of EGP 22.07 per dollar.

Wael said that there are fears stemming from the slowdown in global growth that would affect local investments and infrastructure in addition to global trade activity, as well as the possibility of delaying infrastructure projects announced by the government, or a delay in projects to deepen Egyptian ports.

Hisham El Shebiny, head of research at Mubasher Securities Brokerage Company, expects the transportation sector to recover in the coming period with Egypt’s tendency to establish dry areas and ports in the coming period, pointing out the necessity of linking these areas with railways to reduce the costs of transporting products.

He identified the companies that would benefit directly from the Ministry of Transport’s projects, which are Orascom Construction Company, El Sewedy Electric Company, and Orascom Investment Holding -which decided to enter the transportation sector as part of a separate plan-, the General Company for Silos and Storage, Channel for Shipping Agencies, Alexandria Container & Cargo Handling, and EGYTRANS.

He said that developing the transportation and logistics industry would add a competitive advantage to Egyptian products in African markets by reducing the cost of production, transportation, and opening new markets.

Egyptian pound gains about 14 piasters against US dollar since Wednesday