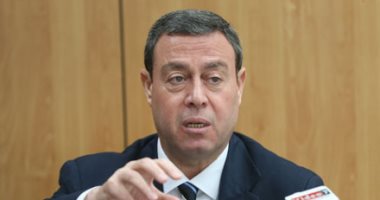 The embassy of Palestine in Cairo, in coordination with Egypt’s Cultural Development Fund, inaugurated the fourth Palestinian Film Week on Sunday 12 January at the Cairo Opera House. The film week is scheduled to last until Wednesday 15 January.

The Palestinian ambassador to Egypt Diab Al-Louh opened the event honouring Palestinian filmmaker Khadija Habashneh, in the presence of several Egyptian film figures, a statement from the embassy said.

The fourth Palestinian Film Week witnesses the screening of 25 films presenting a distinguished programme of local and international cinematographic films, in addition to discussion panels and filmmaking workshops, which are presented in cooperation with the Palestinian Broadcasting Corporation, and Palestine’s Ministry of Information and Ministry of Culture.

The films present national Palestinian issues in a contemporary cinematic language that deals with stories that reflect the daily lives of Palestinians and the reflection of political issues on their social details, the embassy noted, adding that the films are screened daily from 3pm to 7pm.

In an attempt to start a new life where she can get away from the daily stress and tension that grips her city, Salma decides to leave. In her journey to find a new home, she faces critical moments where she is forced to answer critical questions concerning her homeland.

Omari is a Palestinian actress. First Lesson is her first short film she has written and directed. She also plays in many Palestinian, Arabic, and international films.

The cast of the film includes Areen Omari, Francois Abou Salem, Samia Bakri, Najah Abu El Hija, and Mireille Roussel. The film’s music was composed by Said Murad. The producer was Rashid Masharawi, and the executive producer was Fatina Aboud.