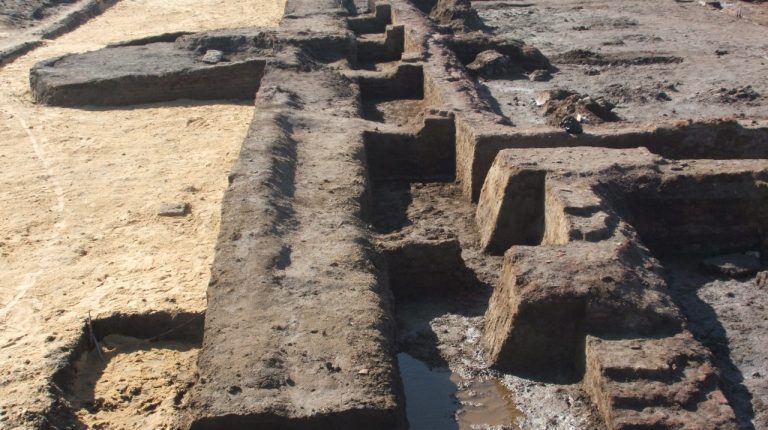 While working on an underground construction site at the new industrial area in North Sinai, workers stumbled upon an ancient military fortune and water tanks buried under layers of mud, according to statement published by the Ministry of Antiquities and Tourism.

Ayman Ashmawi, head of the ancient Egyptian artefacts sector at the ministry, stated in a press release that the unearthed relics are a part of a historical military site. The antiquities were found at an archaeological site located in North Sinai near of which an industrial area is being established.

The ministry started the excavation work in the area in order to save the site.

Ashmawy revealed that the ancient military site was found fully covered by layers of mud and surrounded by a number of marches leading it to completely block from eye site, adding that once they were discovered, the ministry reached out to the Armed Forces construction company to hold the structure work in order to save the site.

He further elaborated that the construction company reformatted a new road and placed the structure away from the recently discovered military base.

The exact time and era in which the military base belongs to has yet to be discovered, as archaeologists are still working on saving it. However, primarily studies indicate that it was built in the Roman era.

Archaeologists believe that the site was built at the end of the Roman Empire in order to protect Egypt’s eastern entrance. Evidence indicate that it was reused during the Islamic era for protection, before the interior space was repurposed.

Several Greco-Roman antiquities were previously discovered in North Sinai, which was a provincial capital of the Roman Empire. 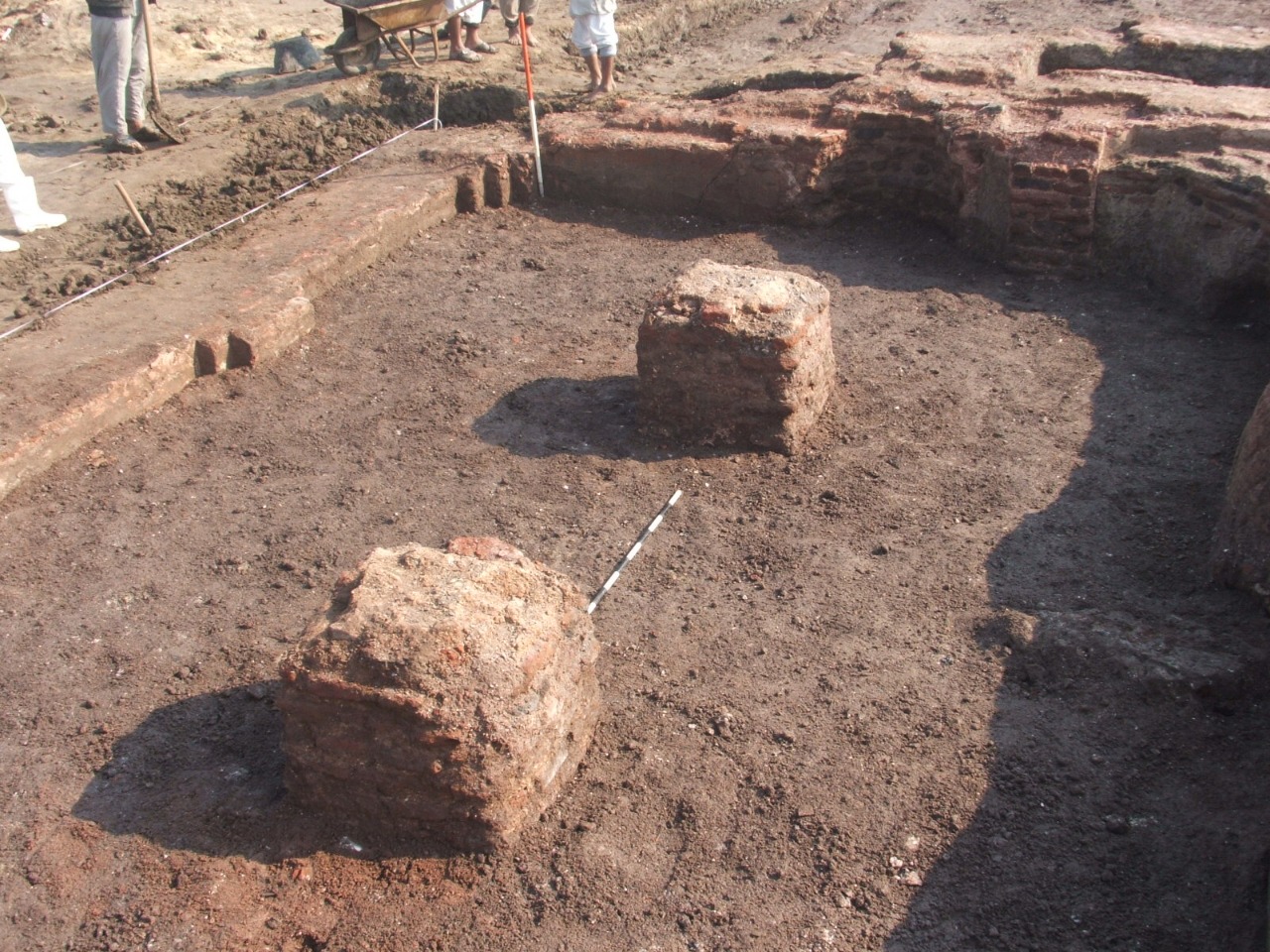 The fortune was found built from red brick, near a number of connected water tanks that were also made of the same material and covered from the inside by a thick layer of mortar.

Three towers were also found in the site. The first is oval shaped, and overlooks the South-West area. As for the other two, they are shaped in a U design, overviewing the eastern side of the fortune.

The large number of tanks vary in sizes, shape, and architectural design. However, being located all in one place indicates that the area was also a water station for nearby residents. It is also believed that the tanks were used to provide the passing of convoys, and ships with enough water, as the Mediterranean use to extend to this area.

Last year, a large structure believed to be a main senate building for the Roman Empire was unearthed near the same archaeological site. The 2,500-sqm building is also made of bricks and limestones, and divided into several open amphitheatres.

Last year, the ministry also unearthed an ancient Roman-Ptolemaic maintenance workshop which was used to repair ships in North Sinai.

A global tide of terror – from Sousse to Sinai