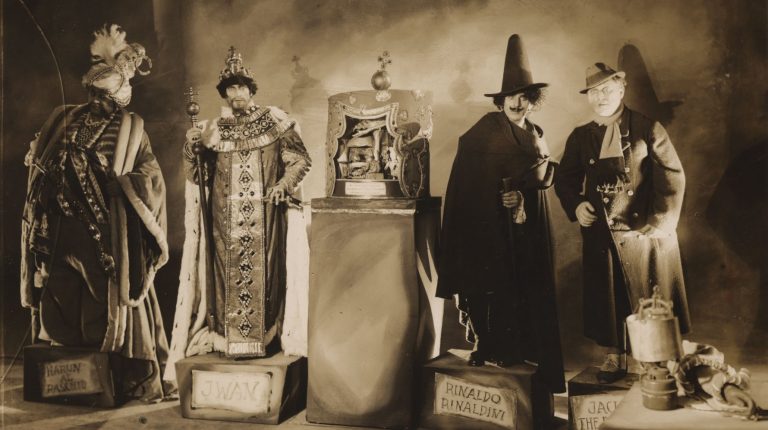 The Berlin Film Festival has announced that its Berlinale Classics series will celebrate its opening on 21 February with a screening of the 1924 silent film classic Waxworks, directed by Paul Leni.

The screening will be accompanied by new music from the Ensemble Musikfabrik from North Rhine-Westphalia, with Swiss-Australian conductor Elena Schwarz at the podium. The film’s digital restoration will be shown onscreen for the first time at the 70th Berlin International Film Festival.

“Waxworks represents a high point and, at the same time, almost the conclusion of expressionist film. Fantastically playful sets, created by Paul Leni, for a story that fluctuates between reality and hallucination, with Emil Jannings attacking his role with gusto, Conrad Veidt spreading dark horror, and the uncanny Werner Krauß pursues the upright Wilhelm Dieterle. It is simply incomparable,” Rainer Rother, head of the Retrospective section and artistic director of the Deutsche Kinemathek said in a press release. 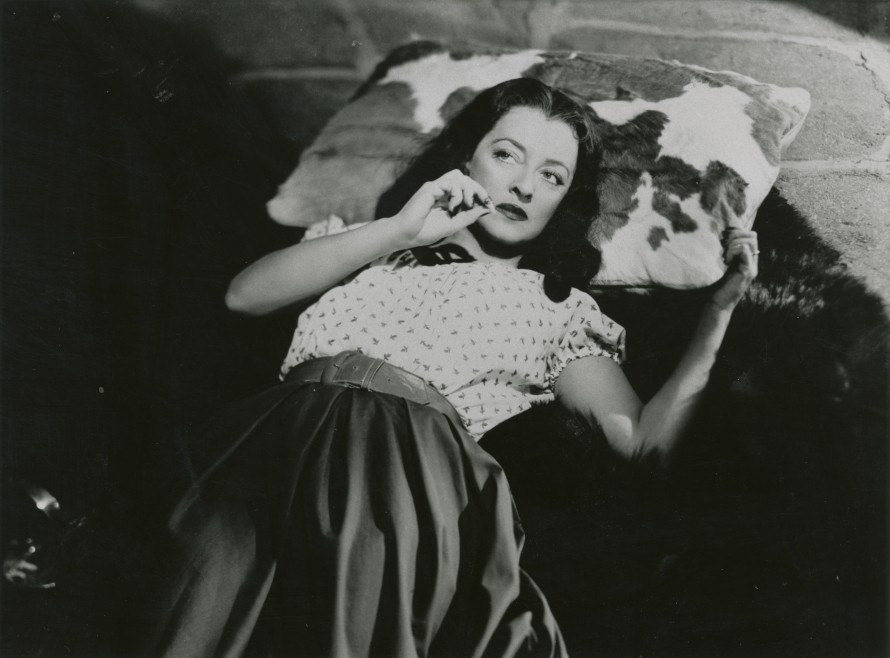 percussion- with two keyboards and live electronics, in order to illuminate Waxworks in all its arabesque richness.

Just as the film unifies many facets of arthouse and genre cinema, the music by Bernd Schultheis, Olav Lervik, and Jan Kohl treads a fine line between new music and film music, between folk and pop. The composers have created a teasing interplay of musical forms and colours that is as intelligent as it is entertaining, the festival said.

According to a German local newspaper, no original German version of Waxworks survived. The digital restoration used nitrate prints of the English, French, and Czech language versions, as well as additional elements drawn from them.

For the cooperative project of the Deutsche Kinemathek and Cineteca di Bologna, L’Immagine Ritrovata digitised the film in 4K resolution and restored it in 2K, the festival said, adding that the colour concept, as well as the English title cards are based on a tinted and toned nitrate print from the British Film Institute (BFI) which served as the primary element for the restoration.

Additionally, the festival announced that it will hold a retrospective at its 70th edition for American film director, producer, and screenwriter King Vidor (1894-1982) who holds a central place in the history of US cinema. Considered a key director towards the end of the silent era and in the Golden Age of Hollywood, Vidor left a lasting mark, combining his interest in social engagement with the desire to explore in depth the potential of cinematic language.

Vidor’s cinematic oeuvre consists of more than fifty films. They range from silent film classics and works on socio-political topics, such as The Crowd (1928), to films depicting social upheaval, as in Our Daily Bread (1934), as well as the Western Duel in the Sun (1946) and the epic screen adaption of War and Peace (1956). His breakthrough came in 1925 with The Big Parade. It is considered the first critical film about World War I, and has turned into a tremendous success for the newly founded MGM Studios. Vidor developed his art across many genres and was at all times interested in technical innovations – not to mention, his devotion in working with the most important actors of his time.

“We want to express our gratitude to the Deutsche Kinemathek for this extensive retrospective. We are sure it will give younger and older generations 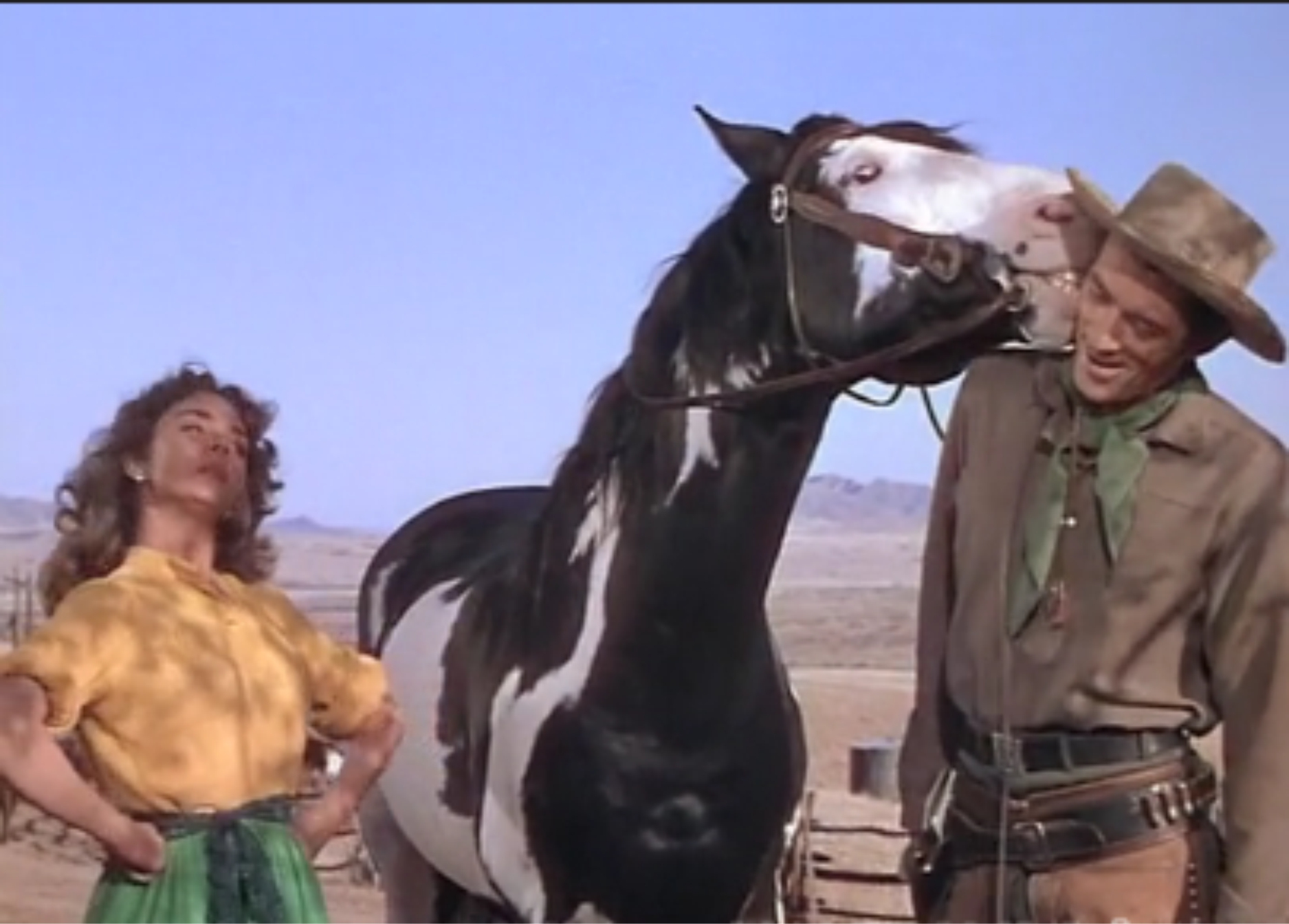 the opportunity to watch or re-watch a selection of great films that take them into the universe of a unique filmmaker,” Artistic Director Carlo Chatrian said in a press conference.

Chatrian said that King Vidor was convinced cinema could convey a message to humanity and was willing to alter the cinematic language he used to achieve this end.

“Hence today he is, perhaps more so than other old masters whose respective styles are clearly identifiable, a source of inspiration for those wanting to depict our rapidly changing world,” he added.

“Through King Vidor’s work, we can trace and understand not only the history of Hollywood over half a century, but also that of the United States over the same period: from the start, Vidor focused in his films on significant events and contemporary political developments – from World War I to the Great Depression and the New Deal. Equally remarkable was his versatile and artful staging,” Rainer Rother, head of the Retrospective and Artistic Director of the Deutsche Kinemathek – Museum für Film und Fernsehen, commented.

King Vidor was acquainted with both the bright and dark sides of the film industry and worked his impressions into Show People (1928). In it, Marion Davies gives a brilliant performance as an unknown slapstick performer who rises to become a movie diva.

Issues related to class, as well as upward and downward social mobility play a crucial role in Vidor’s films, as do immigration and social integration. The latter is dealt with in a nuanced and often humorous manner in films such as Street Scene (1931), The Wedding Night (1935), An American Romance (1944), and Japanese War Bride (1952). On the other hand, in The Champ (1931), Stella Dallas (1937), as well as Ruby Gentry (1953), he illuminates from many sides the inner life of characters who set out in search of their identity between the different echelons of society. He often engaged his favourite actors for several films. Under his care, the following stars gave stunning screen performances: Gary Cooper, Joseph Cotten, Marion Davies, Bette Davis, Henry Fonda, John Gilbert, Lillian Gish, Audrey Hepburn, Jennifer Jones, and Gregory Peck.

The Retrospective programme includes 35 films from five decades. They are to be presented in the best possible quality – for the most part on 35mm prints. Five of King Vidor’s films received Oscar nominations for Best Director: The Crowd, Hallelujah, The Champ, The Citadel, and War and Peace.

In 1978, in tribute of his versatility and innovative powers, Vidor received an Oscar, the Honorary Award for Outstanding Lifetime Achievement. His 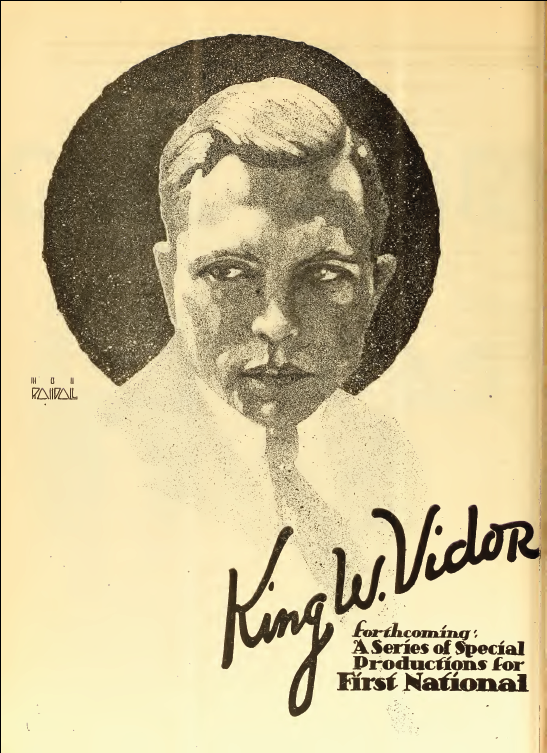 masterful choreography of mass scenes in The Crowd, The Big Parade, and War and Peace are still impressive today, as is his joy in experimenting with sound and rhythm: in Hallelujah, his first sound film – which is also regarded as one of the first big studio productions with an all African-American cast – he incorporated influences from contemporary jazz music. Vidor shot Billy the Kid (1930), his second Western, in black-and-white on 35 mm as well as 70 mm film – long before this wide-screen format had reached its zenith. His six dazzlingly opulent colour films, such as Northwest Passage (1940), Man Without a Star (1955), and Solomon and Sheba (1959), were all shot in Technicolor.

For the Retrospective, the festival will be publishing a bilingual book (in German and English) titled King Vidor. This richly illustrated volume will feature eight essays by renowned film scholars and prominent cineastes, including contributions on the central themes in Vidor’s work: his special interest in socio-political issues, his Westerns, and the female characters in his melodramas.

The Retrospective film programme will also be accompanied by numerous events, the festival said.