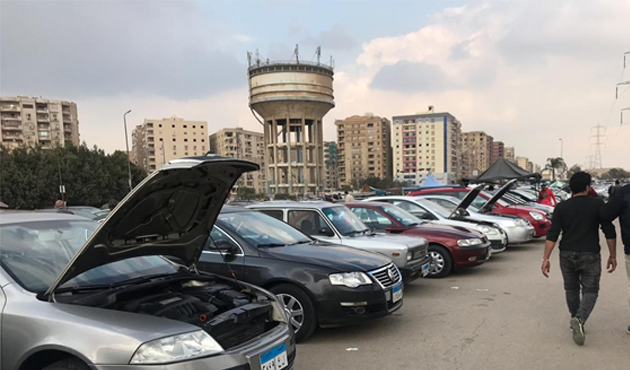 With the start of 2020, new and used car prices are witnessing sharp fluctuations due to reluctance of consumers to buy cars for several reasons, mainly as many of 2019 models are still in showrooms and the waiver of customs on Turkish cars starting from January. This, in turn, affects the used car market in Egypt.

Ibrahim Ismail, executive director of a used car market in Nasr City, attributed the drop in car prices at the present time to the relation between new and used car markets. In the past, used car prices were high because brokers used to add 25% on the car value.

He explained that the stagnation that occurred in the first months of the year was due to the reluctance of consumers to buy cars as their prices fluctuated. The first four months of 2019 witnessed almost a complete stagnation before slowly easing in May, even though prices did not move.

Ismail said the used cars witnessed higher demand by novice consumers recently, most of which was in pre-2000 models, accounting for 15% of the market sales.

Cars produced between 2015 and 2019 also accounted for 15% of market sales, mainly by customers who want to work with Uber and Careem.

As for the used cars with mileage of less than 10 km, they were targeted by customers who want to own a car in a very good condition and save some money instead of buying a new one.

He expected the used car market to see another price decline after the removal of customs on Turkish cars.

Moreover, Osama Abu Al Majd, head of the Egyptian Automotive Dealers Association, said the prices of used cars are greatly affected by price cuts of new cars, especially when customs are cancelled, adding that this impact occurs very slowly and over long periods.

Zero customs on Turkish cars may also prompt many consumers to buy new cars, which puts the second-hand market in a critical condition.

Abu Al Majd praised the Central Bank of Egypt’s decision to raise the maximum debt-to-income to 50% for car loans, as it may increase the sales of used cars as well.

Mohamed Bilal, a used cars dealer, said zero customs on Turkish cars will revive sales in the used car market in the coming period due to the correlation of both markets.

The Kanjo Sisters: Chic, charismatic and bold in design and character