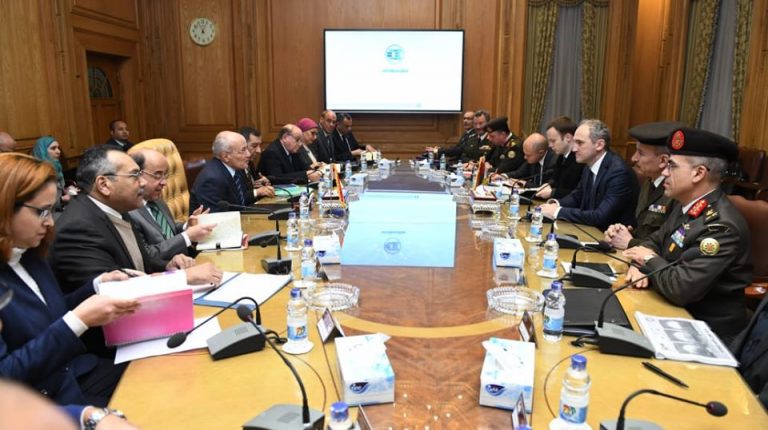 Belarusian-Egyptian Joint Business Council will hold its first meeting in February 2020, ambassador of Belarus Sergei Terentiev said during a meeting with Egypt’s Minister of Military Production Mohamed Al-Assar on Tuesday.

The meeting was located on the premises of the Ministry of Military Production and was attended by several representatives from Ministries of Defence and Supply and Internal Trade.

Teretiev confirmed his desire to boost cooperation in knowledge exchange, training, and in strengthening industry between the two countries. He noted that, “the jointly produced products will be displayed in a planned exhibition on the side lines of the first meeting of the Belarusian-Egyptian Joint Business Council during Belarusian President Alexander Lukashenko’s scheduled visit next month.”

The ambassador invited participants from the Egyptian side to visit the headquarters of Belarusian companies that cooperate with the Military Production Ministry’s subsidiaries to closely observe the work process and advance technologies.

Additional Belarusian companies aim to cooperate with Egyptian counterparts, the ambassador said, asserting his confidence in the industrial and technological capabilities that the Ministry of Military Production has.

The ambassador praised the Ministry of Military Production’s role in supporting Egypt’s industrial sector and encouraging investment in the Egyptian market.

Over the meeting, participants from the Egyptian side asserted that they plan on boosting the competitiveness of Egyptian products in Arab and African markets, reassuring the Ministry of Military Production’s readiness to supply the local market with whatever its needs. Currently, there are many possibilities of exporting Egyptian products to African countries via new trade agreements and free trade areas.