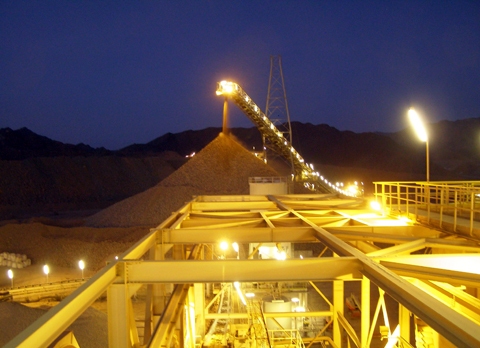 Centamin gold mining company said that it terminated merger discussions with Endeavour Mining, the former announced in a Tuesday statement.

Centamin sought approval from England’s Panel on Takeovers and Mergers to extend the deadline for Endeavour to either announce the firm intention to make an offer for Centamin under Rule 2.7 of the City Code on Takeovers and Mergers, or announce that it does not intend to make an offer for Centamin by 5.00 pm GMT on 14 January 2020 (the PUSU Deadline).

Since the PUSU deadline extension, both parties have completed a thorough and extensive value-focused due diligence exercise. Centamin board considered that a further extension of the PUSU deadline would not result in any realistic prospect of an offer that would be in the best interests of Centamin stakeholders as a whole.

Last December, Endeavour offered an all-share merger with Centamin, in which the latter was valued at $1.9bn. However, the London-listed company Centamin, which owns the Sukari gold mine, rejected the $1.9bn all-stock takeover proposal, saying the Canadian suitor’s offer was not enough for Centamin’s shareholders. Endeavour proposed an exchange ratio of 0.0846 in Endeavour shares to each Centamin share.

On a different note, the statement revealed that Centamin has strengthened its leadership team with recent board and senior management changes.

Jim Rutherford, Deputy Non-Executive Chairperson at Centamin, commented, “Centamin has taken significant steps to reshape its leadership team to improve operational performance. Our robust operating performance in the fourth quarter of 2019 (4Q19) and the work this new team has undertaken in a short period gives us great confidence in our direction, underlined by an increased final dividend for 2019.”

Rutherford added that after the termination of discussions with Endeavour, “We are highly confident in our growth strategy, which includes but is not limited to value-accretive diversification.”

In 4Q19, Ross Jerrard assumed the role of interim CEO, while Jim Rutherford joined the Board as deputy non-executive chairperson.

Additionally, Centamin has made several changes to senior operational personnel at Sukari and in senior corporate positions, including the appointment of Jeremy Langford as Chief Operating Officer in Q2 2019 and more recently the appointment of the Sukari General Manager, Operations Director and numerous heads of department. The external recruitment process for a permanent CEO is progressing well with a shortlist of candidates being interviewed by the Nomination Committee.

On 9 January, the Company announced preliminary production results from Sukari for three months that ended 31 December 2019 (4Q) of 148,387 ounces, 51% increase quarter over quarter (QoQ), resulting in the full year 2019 production of 480,529 ounces.

In regards to the company’s financial positions, the statement indicated that cash and liquid assets currently stands at $348.9m, with no debt, hedging, or streaming in place.