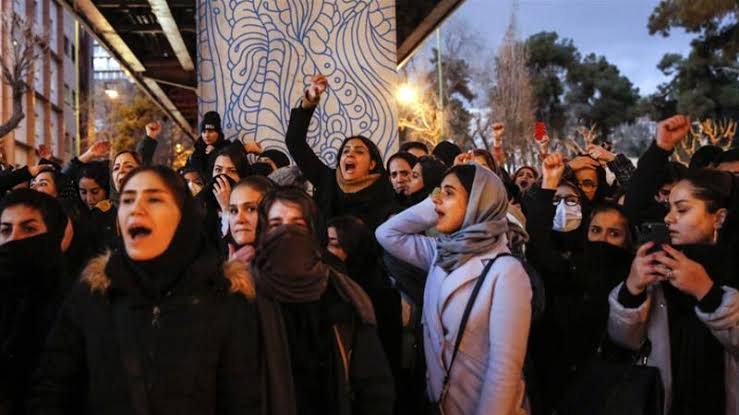 Iran announced arresting an undisclosed number of suspects in shooting down the Ukrainian airliner earlier this month, which killed all 176 people on board. Iran’s Rouhani promised on Tuesday to investigate the plane crash thoroughly.

Gholamhossein Esmaili, Iran’s judiciary spokesperson, said some of those accused of having a role in the plane crash had already been arrested, without revealing the suspects’ identities or number.

Esmaili also announced that the government had arrested around 30 protesters for “taking part in illegal gatherings,” as the anti-government demonstrations triggered by the disaster had entered its fourth day

Meanwhile, Iran’s President Hassan Rouhani vowed to punish anyone responsible for the accidental shooting of the Ukrainian passenger plane, describing the accident as “an unforgivable error.”

In a televised speech, Rouhani said “one person cannot be solely responsible for the plane crash,” promising that the “tragic event” would be investigated thoroughly.

Asserting that this accident will not happen again, Rouhani said that it “is a good first step” by the Iranian armed forces to admit their mistake, explaining that the government was “accountable to Iranian and other nations who lost lives in the plane crash.”

On Monday, Ukraine’s foreign minister, Vadym Prystaiko, said that five of the countries whose citizens were killed on the Ukrainian plane crash would meet on Thursday, in London, in order to discuss legal actions against Iran.

William Warda, Iraqi government’s spokesperson said on Tuesday, that the Iraqi government will support the parliament decision on expelling American troops from Iraq, adding that the government did not reach any agreement with the American administration concerning America’s presence in the country.

On the other hand, US Secretary of State Mike Pompeo announced on Monday, that the US will work with Iraqi leaders to “get to the right place” on US troops deployment in the country.

Pompeo was quoted as saying “however we ultimately posture our force, it will be resolved inside of Iraq, we will work with elected leaders in Iraq to get to the right place.” Last week, Baghdad requested the US to prepare pulling its troops, as the Iraqi parliament has agreed to expel foreign forces from Iraq.

Moreover, one officer was killed, while three Iraqi border guards were injured in an attack by Islamic State militants near the border with Syria in Al Anbar governorate western Iraq, Iraqi Security Media Cell said.

The statement did not give further details about how and when exactly the incident took place.