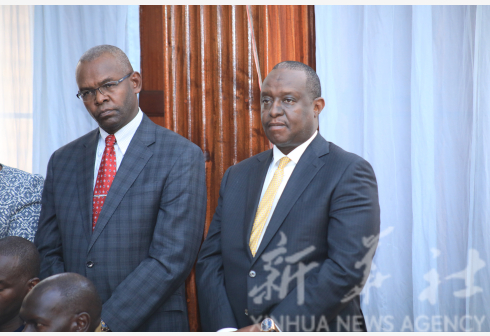 Kenyan President Uhuru Kenyatta on Tuesday announced a cabinet reshuffle amid quest to inject vitality in delivery of public service, as new nominees took over critical dockets like, agriculture, national treasury, defense, trade and foreign affairs. “The changes in cabinet are intended to enhance service delivery in line with our goal of transforming the country, “Kenyatta said during a televised address in the coastal city of Mombasa. He announced the reorganization of the government through merging departments in ministries that are key to the attainment of a long-term development blueprint that includes agriculture, trade and industry.

The Kenyan leader also nominated six new principal secretaries who will also undergo vetting by parliament before assuming their new responsibilities as stipulated in the constitution. Kenyatta said that the appointment of youthful departmental heads is expected to inject dynamism and meritocracy in government as the implementation of his flagship development blueprint gathers steam. Enditem