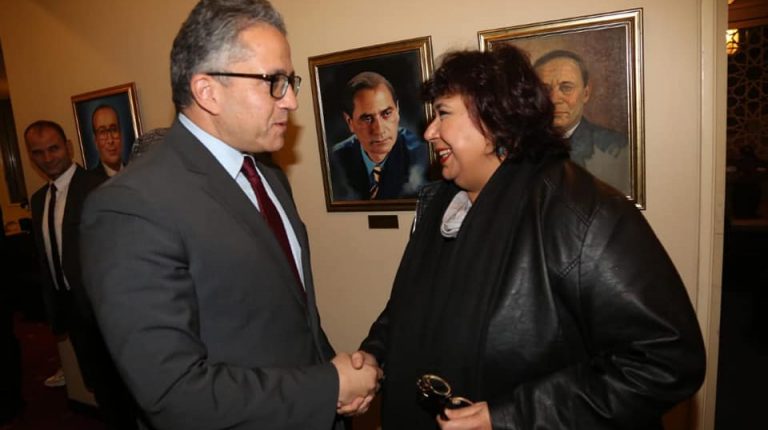 As part of their policy to attract attention to unknown touristic destinations, Egypt’s Ministry of Antiquities and Tourism are to hold Dendara cultural festival in Qena, Upper Egypt.

The cultural festival aims at highlighting Qena’s heritage as one of the most prominent cities in terms of antiquities and handicrafts.

Minister of Antiquities and Tourism Khaled Anany and Minister of Culture Inas Abdel Dayem met on Wednesday to discuss the details of the festival which will kick off 27 February until 3 March.

Dendara Temple, one of Egypt’s most well-preserved temples, will host the event. Belonging to goddess Hathor, the temple is built in Greco-Roman style, with giant stone columns, carvings and hieroglyphics decorating it.

The temple will host several musical concerts and shows by prominent and young talents.

Abdel Dayem stated in the meeting that the festival is the first of its kind in Upper Egypt, explaining that it sees the light under the directions of President Abdel Fatah Al-Sisi who previously announced that 2020 is the year of culture.

She asserted that the festival is one of the ministry’s efforts in rebuilding people’s consciousness through soft powers.

For his side, Anany explained that the combined efforts between different ministries attracts people’s attention towards the beauty Egypt’s antiquities, elaborating that at the end it serves the purpose of reviving tourism across governorates.

The meeting also witnessed a discussion between two ministries to hold a cultural festival in Bubastis (Tel Basta) after the conclusion of Qena’s festival.