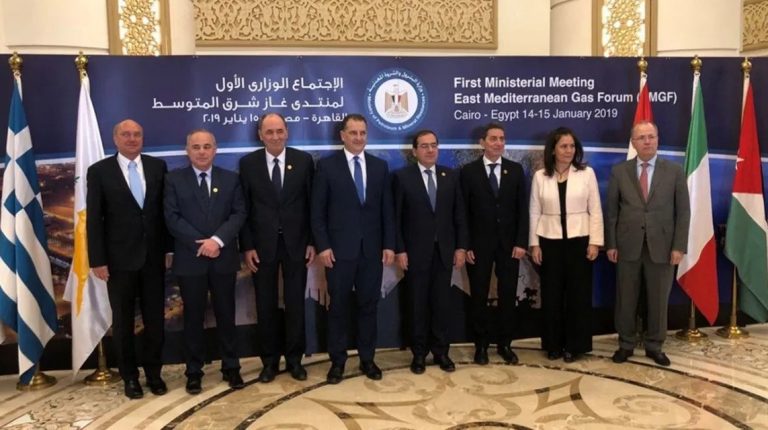 France made an official request to join the Eastern Mediterranean Gas Forum, during the third ministerial meeting of the forum in Cairo on Thursday.

The US Deputy Assistant Secretary of Energy also expressed his country’s desire to join as a permanent observer.

The forum founders met early January in Cairo and agreed to create a regional gas market, which would help cut infrastructure costs and offer competitive prices.

The forum included Egypt, Cyprus, Greece, Israel, Italy, Jordan, and the Palestinian Authority, while other Eastern Mediterranean countries and transitory countries may join the forum later, Egypt’s Petroleum Ministry said at the time.

Tarek El-Molla, Minister of Petroleum and Mineral Resources, welcomed France’s participation in the meeting and their request to join the forum, in addition to the United States as a permanent observer.

He added that these requests would be approved by the founding members.