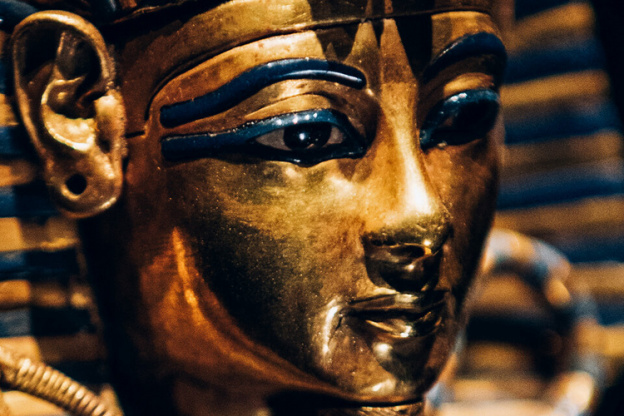 Roaming the world and causing an intense state of Egyptomania, the exhibition of young Ancient Egyptian Pharaoh “Tutankhamun: Treasures of the Golden Pharaoh” will cause a stir in Boston, Australia, after settling for over six months in London.

The exhibition is to kick off in Boston by mid-June, running for only a limited time, according to the exhibition’s official website. The artefacts will be on display at Saunders Castle on Park Plaza shortly before they are again packed to their new temporary home at the Australian Museum in Sydney.

The Boston exhibition is just one stop in its grand tour around the world, with planned visits to four other European counties within its 4-year-temporary exhibition. It showcases 150 antiquities from the pharaoh’s personal belongings, 60 of which are travelling out of Egypt for the first time ever.

The antiquities include the world’s most famous golden mask, the gilded wooden bed fashioned especially for his funeral with carved lion feet-golden coffins, and 3D models which the museum prepared in order to take visitors through time to see the glories of the Egyptian civilisation.

Boston is the third stop after the young pharaoh’s belongings broke French records in Paris, topping the list of France’s most visited cultural events this year with over 1.4 million visitors within a few months of its inauguration.

The numbers of visitors that attended the exhibition in London were not yet revealed. However, 285,000 tickets were sold before the exhibition opened its doors, which is more than the number of tickets sold before its opening in France.