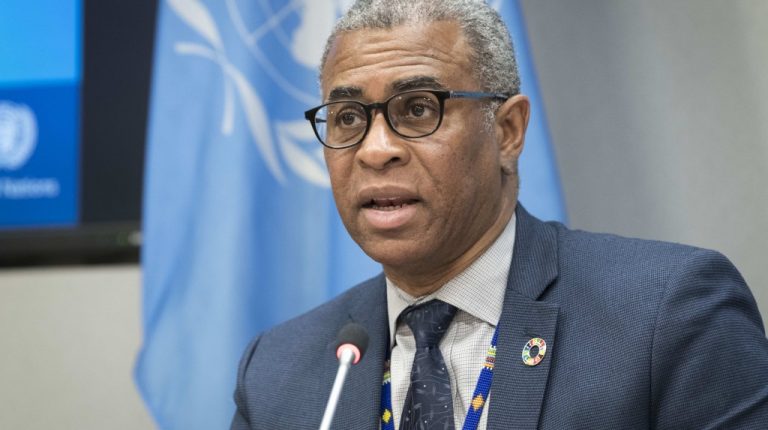 Egypt is enjoying relatively strong growth, estimated at 5.5% for 2019 and projected at 5.8% in 2020, owing to a robust recovery of domestic demand and easing balance of payments constraints, according to the United Nations World Economic Situation and Prospects (WESP) 2020, which was launched on Thursday.

Yet, the report mentioned that Egypt, Morocco, and Tunisia have seen a modest improvement in fiscal positions, adding, ” monetary policy stances eased in many African countries throughout 2019 amid lower inflationary pressures, greater exchange rate stability, and higher levels of reserves. Interest rates were cut in about a dozen economies, including Angola, Botswana, Egypt, Gambia, Ghana, Malawi, Mauritius, Mozambique, Nigeria, South Africa, and Uganda.”

In Egypt and Tunisia, inflation declined recently amid improving conditions of payment balances, the report stated, noting that most of the economies in other parts of Africa also exhibit comparatively stable inflation rates.

Impacted by prolonged trade disputes, the global economy suffered its lowest growth in a decade, slipping to 2.3% in 2019.  The world, however, could see a slight uptick in economic activity in 2020 if risks are kept at bay.

The report noted that growth of 2.5% in 2020 is possible, but a flare up of trade tensions, financial turmoil, or an escalation of geopolitical tensions could derail a recovery, noting that in a downside scenario, global growth would slow to just 1.8% this year.

A prolonged weakness in global economic activity may cause significant setbacks for sustainable development, including the goals to eradicate poverty, and create decent jobs for all, the report said, noting that at the same time, pervasive inequalities, and the deepening climate crisis are fueling growing discontent in many parts of the world.

These risks could inflict severe, and long-lasting damage on development prospects. They also threaten to encourage a further rise in inward-looking policies, at a point when global cooperation is paramount,” UN Secretary-General António Guterres warned.

In the United States, interest rate cuts by the US Federal Reserve may lend some support to economic activity. However, given persistent policy uncertainty, weak business confidence and waning fiscal stimulus, GDP growth in the US is forecast to slow from 2.2% in 2019 to 1.7% in 2020.

In the European Union, manufacturing will continue to be held back by global uncertainty, but this will be partially offset by steady growth in private consumption, allowing a modest rise in GDP growth from 1.4% in 2019 to 1.6% in 2020.

Despite significant headwinds, East Asia remains the world’s fastest growing region and the largest contributor to global growth, according to the report. In China, GDP growth is projected to moderate gradually from 6.1% in 2019 to 6.0% in 2020 and 5.9% in 2021, supported by more accommodative monetary and fiscal policies.

Growth in other large emerging countries, including Brazil, India, Mexico, Russia, and Turkey is expected to gain some momentum in 2020.

Africa has experienced a decade of near stagnation in per capita GDP and many countries around the world are still ailing from the effects of the commodity price downturn of 2014-16, which resulted in persistent output losses and setbacks in poverty reduction. In one-third of commodity-dependent developing countries (home to 870 million people), average real incomes are lower today than they were in 2014. This includes several large countries such as Angola, Argentina, Brazil, Nigeria, Saudi Arabia, and South Africa.

At the same time, the number of people living in extreme poverty has risen in several sub-Saharan African countries and in parts of Latin America and Western Asia. Sustained progress towards poverty reduction will require both a significant boost to productivity growth and firm commitments to tackle high levels of inequality. UN estimates indicate that to eradicate poverty in much of Africa, annual per capita growth of over 8% would be needed, compared to the just 0.5% average rate over the past decade.

Beyond GDP growth, other measures of well-being paint an even bleaker picture in several parts of the world. The climate crisis, persistently high inequalities, and rising levels of food insecurity, and undernourishment continue to affect the quality of life in many societies.

“Policymakers should move beyond a narrow focus on merely promoting GDP growth, and instead aim to enhance well-being in all parts of society. This requires prioritising investment in sustainable development projects to promote education, renewable energy, and resilient infrastructure,” emphasised Elliott Harris, UN Chief Economist and Assistant Secretary-General for Economic Development.

To combat climate change, the world’s growing energy needs must be met with renewable or low-carbon energy sources, the report mentioned, noting that this will require massive adjustments in the energy sector, which currently accounts for about three-quarters of global greenhouse gas emissions.

If per capita emissions in developing countries were to rise towards those in developed economies, global carbon emissions would increase by more than 250 per cent – compared to the global goal of reaching net zero emissions by 2050, the report said.

The urgency of energy transition continues to be underestimated, resulting in short-sighted decisions such as expanding investment in oil and gas exploration and coal-fired power generation. This not only leaves many investors and Governments exposed to sudden losses, but also poses substantial setbacks to environmental targets. Any delay in decisive action towards energy transition could double the eventual costs.

The transition to a cleaner energy mix will bring not only environmental and health benefits, but economic opportunities for many countries, the report emphasised.

Overreliance on monetary policy is not just insufficient to revive growth, it also entails significant costs, including the exacerbation of financial stability risks. A more balanced policy mix is needed, one that stimulates economic growth while moving towards greater social inclusion, gender equality, and environmentally sustainable production.

“Amid growing discontent over a lack of inclusive growth, calls for change are widespread across the globe. Much greater attention needs to be paid to the distributional and environmental implications of policy measures,” concluded Harris.