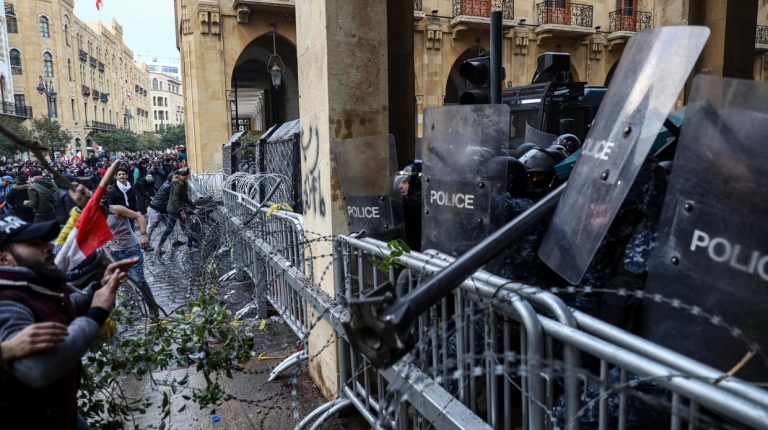 More than 377 people were wounded on Saturday in violent confrontations between Lebanese anti-government protesters and security forces in downtown Beirut, according to AFP.

Earlier, the Lebanese Red Cross said on Twitter that more than 200 were wounded in Saturday’s clashes. “Over 80 victims have been transported to nearby hospitals and over 140 injured were treated at the scene,” it said.

The clashes began when some protesters started to throw stones and planting pots at police near the parliament building in Beirut.

Lebanon’s President Michel Aoun on Saturday called on the ministers of defence and interior to “protect peaceful protesters and prevent riots as well as safeguard public installations.”

In the meantime, caretaker Lebanese Prime Minister Saad Hariri issued a statement on Saturday decrying the violence, saying that Beirut would not turn into “an arena for mercenaries.”

Hariri described the “scenes of confrontations, fires and acts of sabotage in Downtown Beirut as crazy, suspicious, unacceptable, and threatens civil peace.”

The country of six million people who belong to various religious communities andsuffers from a weak economy, and it has been in crucial need of reforms and investment.