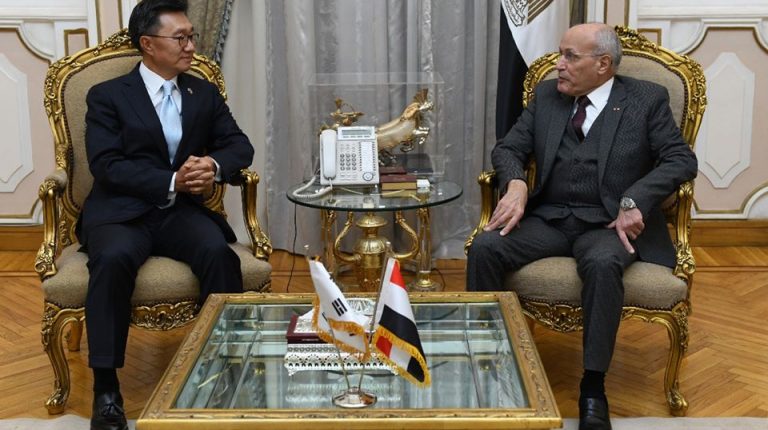 According to a ministerial statement on Saturday

Yoon praised the technical experiences and unique capabilities that the subsidiaries of the Ministry of Military Production enjoy, highlighting the fruitful joint cooperation between South Korean companies and these subsidiaries, which was encouraging more companies to inject investments into the Egyptian market.

“I support the scientific, and industrial twining partnership between Egypt, and South Korea to achieve comprehensive economic development. The Ministry of Military Production plays a key role in supporting the state’s plans for development,” the ambassador said.

Egypt is a cornerstone for the peace and stabilisation of the Middle East and Africa, the ambassador noted, asserting that the Egyptian government exerts important efforts to fight terrorism, and enhance the security status of the country.

Egyptian-South Korean relations have been experiencing a positive development, especially since the Egyptian government has been paying special attention in improving the business environment and attracting new foreign direct investments (FDIs), the ambassador assured.

As of now, the Egyptian government has issued the New Investment Law and its executive regulation, facilitated the industrial licencing procedures, expanded the establishment of free and logistic zones, developed infrastructure, and focused on generating clean and renewable energy, the ambassador noted.

Yoon agreed with Al-Assar on exchanging technical delegations’ visits between South Korean companies and subsidiaries of Military Production Ministry during the next period which paves the way to maximising the benefits from the joint cooperation in the military and civilian sides.

Al-Assar said that his ministry aims at transferring South Korean technology to the Ministry of Military Production’s subsidiaries and partnering in new projects that produce from these Egyptian subsidiaries and export to Africa, benefiting from agreements between Egypt and other African countries.

Notably, a high-level business delegation from South Korea visited Egypt on 8 to 10 October 2019. South Korean exports to Egypt recorded $1.133bn in the first eight months of 2019 while imports from Egypt stood at $102m in the same period, according to statistics from the South Korea International Trade Association.

Egypt enjoys huge potential with its strategic location, well-educated young population, plentiful resources, and its leading role in the Arab and African world with its vast network in the region and beyond, the ambassador told Daily News Egypt in October.